‘My Knight and Me’ Premieres on Canada’s Family Channel

European CG-animated series now airing in all English-speaking territories around the world. 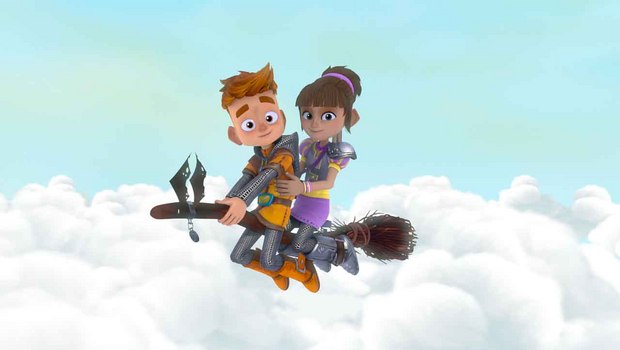 London-based kids’ entertainment specialist CAKE has announced a deal with DHX Television to introduce its animated medieval comedy series My Knight and Me on the Family Channel in Canada. Created by French producer TeamTO and Belgian producer Thuristar, My Knight and Me follows the adventures of a colorful and charismatic trio of knights as they battle witches, dragons and giants in fun-filled adventures.

Aimed at kids 6-11, My Knight and Me (52 x 11) introduces audiences to loyal, street-smart Jimmy the Squire; his best friend, fun and daring Cat the Princess; and his father Henri of Orange, a charmingly inept, but passionately chivalrous knight.

My Knight and Me was created and directed by Joeri Christiaen and coproduced with Canal+ Family and TéléTOON+ (France), SuperRTL (Germany) and VRT-Ketnet and RTBFOuftivi (Belgium). CAKE handles all international distribution.

“We are delighted to be teaming up with Family on My Knight and Me and thrilled that the series has found a home in Canada,” says Ed Galton, CCO and managing director, CAKE. “After enjoying a strong international debut last year, it’s terrific to see a show of this caliber now airing throughout North America and in all English-speaking territories around the world.”

“We are thrilled to have My Knight and Me join Family Channel’s line-up as we continue to expand our offering of top quality kids shows,” said Joe Tedesco, SVP and GM, DHX Television. “The series is a great fit with the type of programming currently airing on our network and we think viewers will be drawn to its charming characters and comedic storylines.”