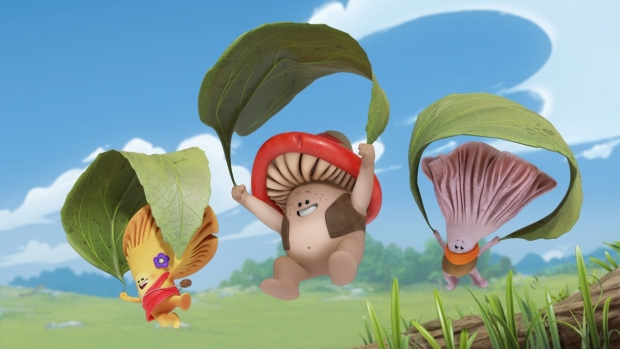 In a further expansion of Cartoonito, Cartoon Network and HBO Max’s new kids programming block, WarnerMedia has tapped CAKE to co-produce a new CGI series, Mush-Mush & the Mushables. The series is produced by France’s La Cabane and Belgium’s Thuristar in co-production with CAKE. Set to premiere in the US in Fall 2021, the show has already debuted on Boomerang and Cartoon Network Africa and Australia. It will roll out over the next three months across EMEA, APAC and Latin American markets.

Mush-Mush & the Mushables (48 x 11’ & 2 x 22’ specials) is an animated series about a community of pocket-sized guardians of the forest. Each character possesses a special gift ranging from an impressive memory to the ability to commune with nature. While learning about growing up, each Mushable discovers their special talents as well as their limitations. The show is about self-discovery and outdoor adventure.

“We are excited to be working once again with Cartoon Network,” shared CAKE CCO & managing director Ed Galton. “With the US now on board, Mush-Mush has the potential to grow into a global brand and is a perfect fit for Cartoonito as they look to reach younger audiences.”

The series is produced by Perrine Gauthier, created by Elfriede de Rooster, and directed by Joeri Christiaen (My Knight and Me).

“Cartoon Network is a fantastic platform for Mush-Mush, and we are thrilled for the show to feature in this new preschool block, whose tone, values and energy perfectly align with the Mushables,” added Gauthier.