Season 1 rolls out in 150 territories this year including Cartoon Network and HBO Max in the U.S.; Season 2 will air on Canal+ Family, Piwi+ and MyCanal in France. 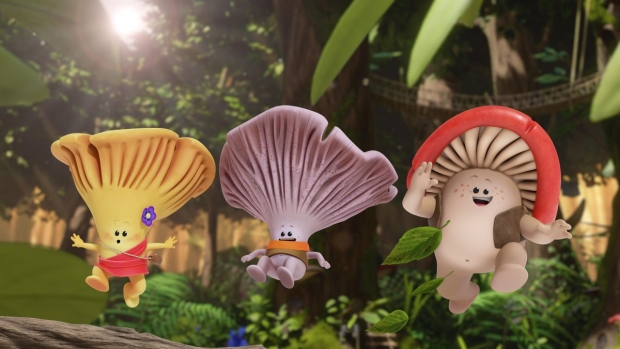 Canal+ has greenlit Season 2 of Mush-Mush and the Mushables, the CG animated series produced by Paris-based La Cabane and Thuristar in Belgium, in co-production with CAKE. The go ahead follows the successful launch of Season 1 in October 2020. The announcement was made during a press conference at the Annecy International Animation Festival.

Targeting kids 4-8 years old, the new season will feature 50 episodes, including 2 specials, and will air on Canal+ Family, Piwi+ and MyCanal in France. The series follows a community in nature, teeming with activity and inhabited by Mushables.  Mush-Mush and his friends grow up exploring the universe around them.

Season 1 of the animated adventure will roll out in 150 territories around the world this year, including the U.S., where the series will premiere on Cartoon Network and HBO Max in Fall 2021.

"We are thrilled that Mush-Mush, an IP that we've been giving such care and attention to, continues its success and growth with the greenlight of a second season, only five months after delivery of the first 50 episodes” shared La Cabane founder and series producer Perrine Gauthier.

Season 1 of Mush-Mush has been selected for over 30 international events and received several awards. The series continues its journey to international festivals having been nominated in June for both the Cristal for a TV Production in Annecy and the Rockie Award for Best Children Animation at the BANFF World Media Festival. Results will be announced on June 15 and 19.