On same day they announce a staggering $3.5 billion quarterly loss, studio opts to offer live-action epic on their SVOD platform for $29.99 beginning September 4. 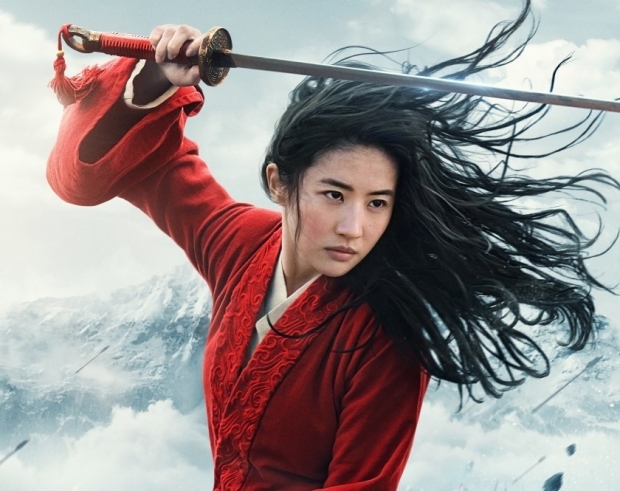 On the same day they announced a whopping $3.5 billion quarterly loss from operations hammered by the global COVID-19 pandemic, Disney revealed they’re bypassing theatres and releasing their upcoming epic action-adventure, Mulan, on their Disney+ streaming platform for a premium price of $29.99 beginning September 4.

Less than two weeks ago, the studio revealed the film’s release had been delayed indefinitely, the latest in a series of scheduling pushes dating back to March. In announcing the postponement, a Disney spokesperson said, “It’s become clear that nothing can be set in stone when it comes to how we release films during this global health crisis. Today that means pausing our release plans for Mulan as we assess how we can most effectively bring this film to audiences around the world.”

The live-action remake of their 1998 animated feature is directed by Niki Caro and stars Crystal Liu in the title role of a woman who must disguise herself as a man to keep her elderly father from serving in the military.

According to The Hollywood Reporter, on a call with investors, The Walt Disney Company CEO Bob Chapek noted the Disney+ release is a “one-off,” stating, “We find it very interesting to be able to take a new offering to consumers at that $29.99 price and learn from it and see what happens not only in terms of the uptick of the number of subscribers we got on the platform, but also the number of transactions we get on that PVOD offering.”

Regarding the huge quarterly loss, Chapek commented, “Despite the ongoing challenges of the pandemic, we’ve continued to build on the incredible success of Disney+ as we grow our global direct-to-consumer businesses. The global reach of our full portfolio of direct-to-consumer services now exceeds an astounding 100 million paid subscriptions — a significant milestone and a reaffirmation of our DTC strategy, which we view as key to the future growth of our company.”

With Disney betting big on Mulan’s success at the Chinese box office, the continued postponements made sense, as theatres in the Middle Kingdom for the most part have not successfully reopened; with today’s announcement of the Disney+ release, it appears the studio has resigned itself to the new reality of a theatrical distribution business decimated by the global pandemic, with no discernable return to some sort of “normal” in sight.

The move is also a further hit to theatre owners counting both on Mulan and Warner Bros.’ Tenet releases this month.