MGM drops the second action-packed trailer for their next highly anticipated iconic spy thriller franchise installment, ‘No Time To Die,’ though time will tell if, and when, its theatrical release is possible. 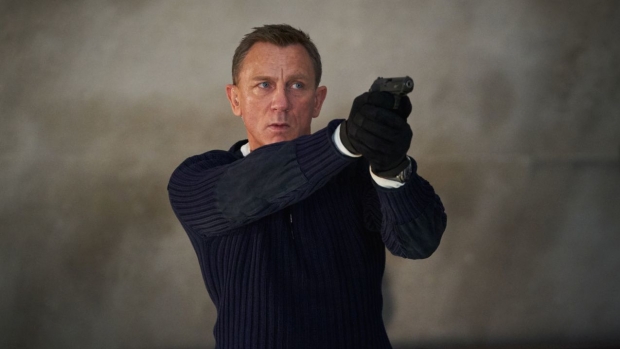 ollywood filmmakers may still be mostly on hold, but thankfully, we’ve been graced with a second trailer for the next action-packed James Bond franchise pic, No Time To Die. Originally slated for an April 2020 release, the MGM film is now scheduled to blast into theaters this coming November. While we are excited about the film, we are sadly skeptical that theaters will be open for business (at least in the United States) in only two months. A digital release a-la Disney’s Mulan seems like a much more probable solution, but only time will tell as we creep into fall.

In No Time To Die, Bond has left active service and is enjoying a tranquil life in Jamaica. His peace is short-lived when his old friend Felix Leiter from the CIA turns up asking for help; the mission, to rescue a kidnapped scientist, turns out to be far more treacherous than expected, leading Bond onto the trail of a mysterious villain armed with dangerous new technology.

Putting aside potential release snafus, we can still dream we’ll be mesmerized watching Daniel Craig and company once more in a couple months; the new trailer is packed full of special effects eye candy. MGM and director Cary Joji Fukunaga (director and executive producer on True Detective) have enlisted an impressive VFX team: DNEG, Framestore, ILM, Cinesite, Blind LTD, Territory Studio, and TPO VFX. This impressive digital magician roster ensures that Mr. Bond, and the mayhem that ensues, will look as kick-ass as ever. If the 007 does arrive in theaters this November, we’ll see you there… wearing gloves, a mask, and an ear to ear grin.