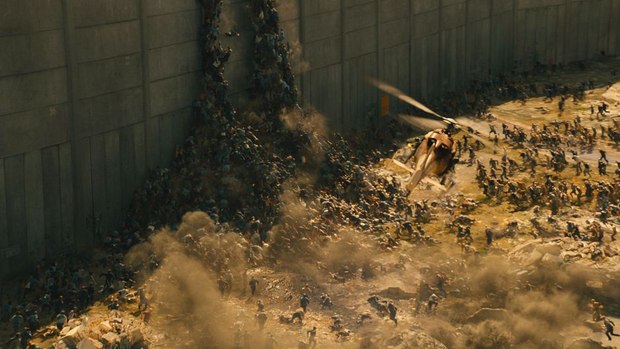 “OptiTrack’s Prime 17W camera has a phenomenally wide angle and captures high fidelity data. We had good coverage before but now we have floor to ceiling volume, and we can capture finger data and fine details,” said Davis.

Having previously invested in an earlier generation of OptiTrack technology, MPC opted to upgrade with the launch of the Prime 17W and release of enticing enhancements to OptiTrack’s Motive software. “In London, space comes at a premium. Up until now, high quality motion capture just wasn’t economically viable for our needs. The new system has already made a huge difference in production efficiencies,” Davis noted.

Proving to be an increasingly valuable global resource, MPC’s OptiTrack setup is integrated with the studio’s proprietary asset management system. Tied to Motive software, the system is used to link artists across all MPC facilities and provides an open infrastructure that enables each location remote access to the stage. First, the team submits a list of desired moves and associated characters to the asset management system. Once the shoot kicks off, data and reference video are recorded in Motive then sent to a database. From there, data is processed, solved onto skeletons and passed to Autodesk MotionBuilder for further editing.

MPC executed its first transatlantic motion capture shoot for Man of Steel – a project led by its Vancouver office. With the job requiring a quick turnaround for blocking on a big fight sequence, the animation supervisor enlisted the expertise of Davis. “It can take weeks to keyframe data, and if the idea isn’t right, it all has to be done again,” he shared. “Vancouver let us know what movements and reactions they needed. Using mocap, we were able to shoot and deliver rough cuts the next day. It was a good base to quickly get through the blocking phase, so they could spend the bulk of their efforts on refinement.”

Motion capture was also a helpful starting point for MPC’s work on the apocalyptic thriller World War Z, which was shortlisted for the 2013 Best Visual Effects Oscar. While the bulk of the stunt work was not handled in-house, MPC tapped its OptiTrack system to develop a twitchy motion for the zombies. Also, preproduction shots were used for layout, and initial R&D tests helped in overall planning. With the addition of the Prime 17W cameras and Motive software, MPC is now deploying motion capture for more prominent hero shots as well, including three upcoming blockbusters that are poised to storm the box office.

“While we still work with outside vendors when we need a massive stage, the affordability of OptiTrack’s flexible gear have allowed us grow our in-house capabilities and motion capture is becoming increasingly ingrained in our workflow,” concluded Davis.

MPC is currently working on Godzilla, Guardians of the Galaxy, The Amazing Spiderman 2, Maleficent and X-Men: Days of Future Past.