MPC’s work on Disney’s The Lone Ranger is recognized with an Oscar nomination for Visual Effects at the 86th Academy Awards. 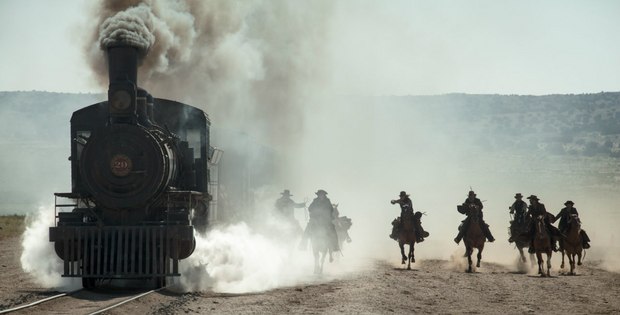 MPC’s work on Disney’s The Lone Ranger has been recognized with an Oscar nomination for Visual Effects at the 86th Academy Awards.

MPC VFX Supervisor Gary Brozenich (Pirates of the Caribbean, Clash of the Titans, The Da Vinci Code) worked in conjunction with ILM’s Tim Alexander overseeing the visual effects for the movie.

“Gore comes with a very strong reputation as an uncompromising creative film maker with great visual scope and boundless energy. He was also a fantastic collaborator and brought his vision and enthusiasm to the whole team at MPC,” Brozenich said about working with Director Gore Verbinski. “His Lone Ranger needed the epic scope of the classic cowboy film but made with the tools and perspective of a modern filmmaker. One of GV’s mantras was to keep everything ‘honest.’ He wanted to take advantage of the possibilities of VFX, and push things to the limit, but never at the expense of the film’s rooted and earthy aesthetic.”

Last year, MPC’s Guillaume Rocheron (Godzilla, Man of Steel, The Secret Life of Walter Mitty) was privileged to win the VFX Oscar for the team’s contribution to Ang Lee’s Life of Pi.

MPC is currently working on Godzilla, X-Men: Days of Future Past, Maleficent, Guardians of the Galaxy, The Amazing Spiderman 2, Exodus, Jersey Boys, Cinderella and Into the Woods.