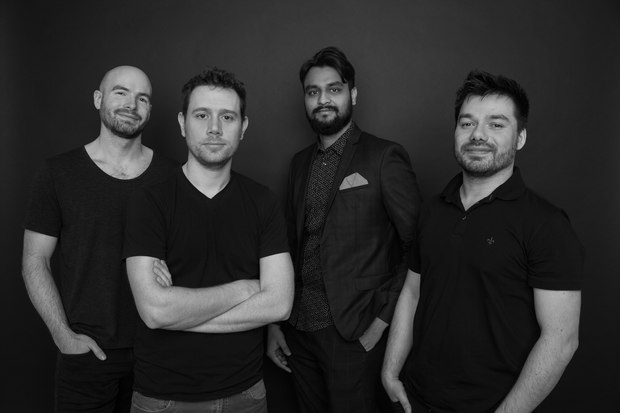 Piombino will be leading the burgeoning 2D team at MPC’s NY studio, which has previously worked on a string of high-profile commercials including Tiffany’s prestigious holiday campaign and a Louis Vuitton campaign starring Emma Stone. Piombino, who has 20 years of experience in feature films, television and commercials, has led high-profile features such as Beauty and the Beast, upcoming Netflix film Triple Frontier and television series including Mr. Robot and The Defenders, and has worked with global brands such as BMW, Google, Apple and Disney.

“I feel honored to join such a strong team and am incredibly eager to work with the New York team as well as the rest of MPC globally,” Piombino commented. “It’s extremely exciting to be surrounded by other talented artists, working together and pushing ourselves to continue creating the high-end work that is synonymous with MPC.”

Alvin Cruz, Creative Director at MPC NY, said of Piombino’s arrival: “David’s incredible compositing experience and pipeline knowledge will be a great asset to the creative team, and I’m confident that he will successfully lead our 2D team here and continue to deliver the esteemed projects that we have become known for.”

Porto, who joins MPC from Brazil, has worked across the globe as a VFX Compositor and Senior Flame/Nuke Artist on campaigns for Nike, Pepsi, Honda, FIFA and the award-winning Ciclope festival opening titles. He now brings his expertise and his varied film and commercial background to the studio as a VFX Supervisor.

The studio’s new CG Lead, Fine has worked in the commercial and film industry for more than 12 years and previously worked at animation house Hornet as Lead 3D Artist. He has led jobs for global brands such as Facebook, McDonald’s and ESPN, and after freelancing at some of the most prominent VFX studios in New York, he now he joins MPC as a permanent member of its CG team.

Gunaseelan, who joins MPC as Senior FX/CG Supervisor, will be working with the team in the New York office, where he will gain experience with the company before joining MPC’s Bangalore studio as a Creative Director, bolstering the studio’s growing creative offering even further in the region. Gunaseelan has an extensive background in roles ranging from VFX Supervisor to Technical Director and has mentored more than 200 students in the digital content field across some of the hallmark colleges in New York, and he brings this wealth of knowledge to the CG team.

Angela Lupo, Managing Director at MPC’s New York studio, commented on the group of new hires: “We’re delighted to bring David, Thiago, Dan and Santosh into the fold here in New York to help us continue to create the work we love. The sheer amount of experience they all possess will make them extremely valuable additions to the studio.”