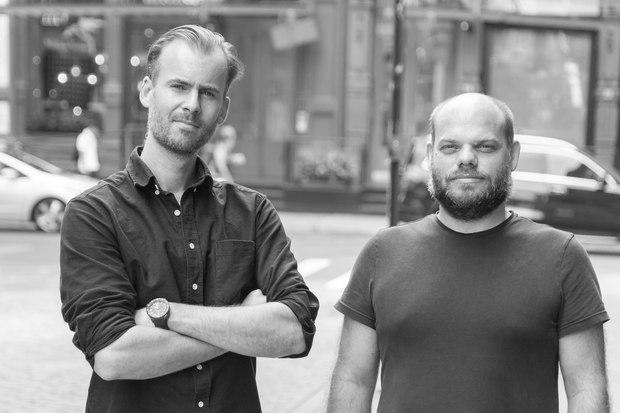 MPC’s New York studio has boosted its senior level creative firepower with a major promotion and the relocation of a top talent.

Ashley Bernes, previously a VFX/CG supervisor at MPC, has been promoted to creative director. Bernes, a 12-year MPC veteran, arrived in New York to help open the company’s office there in 2011. In addition, Dirk Riesenfeld, a senior effects artist, has relocated from MPC’s Amsterdam office to join the New York studio as 2D VFX supervisor. He has extensive experience working on high-profile ad campaigns in both Europe and the UK.

Camila De Biaggi, managing director, MPC New York, commented, “We’re delighted to recognize Ashley’s work with this well-deserved promotion and to welcome Dirk to the New York studio. Ashley’s creative leadership on some of our best work, coupled with his rapport with both creative teams and clients, makes this a natural next step in his career. Dirk brings deep creative inspiration and vast expertise working on major ad campaigns in Europe and the UK. Having them here is what makes MPC New York a hub for great work and amazing talent.”

Bernes joined MPC in London in 2006 as a FX technical director and soon became a CG supervisor. He has been creative director on some of the studio’s most high-profile projects, including the Samsung “Billion Colors” spot, a Creativity Editor’s Pick, as well the recent Tiffany’s “Believe in Dreams” campaign launch. Other projects in his portfolio include work for Mercedes, Kohl’s, IBM, Macy’s and Sony’s “Paint,” which won a Gold Lion at Cannes. He has also directed campaigns at MPC including Air Wick’s “Pure Colors” and a film for US Navy’s “Sleep Tight” campaign.

Commenting on his new position, Bernes said, “I worked alongside some of the best and most inspiring artists in the business when I came to MPC, and the company’s culture, dedication and creative standards were ingrained into my everyday work ethic. Today we have a global mindset, and our commitment to tackle the most challenging and creative assignments has been critical to the growth of our brand and our talent. In my role as creative director, I’m looking forward to guiding our team as they continue to produce the very best results for our clients.”

Riesenfeld joined MPC London in 2015 and later moved to its Amsterdam studio. He’s worked on projects for brands such as Nescafé, Pepsi and Mercedes-Benz, and has over 15 years’ experience in visual effects. Among his career highlights are the Heineken “Trailblazing” spot from 2017, which Ad Age described as “an epic mashup of Hollywood blockbuster-worthy adventures,” and Milka’s “All for One.” Prior to joining MPC, he was an effects artist at the boutique European post-production company The Marmalade Post.

Riesenfeld commented on his move to New York, “I’m excited to be joining the New York studio, collaborating with the teams here and embracing the challenge of working in a different market. The studio has created some incredible work, and I want to continue producing the high-caliber products it’s known for, while helping to propel it even further.”