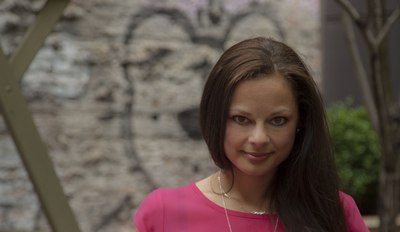 NEW YORK -- MPC New York has announced several new hires to its production ranks designed to strengthen its work in color grading, finishing, visual effects, live action and virtual reality. Joining is Dani Zeitlin, who comes aboard as Executive Producer of Color. Most recently she was with the New York-based creative editorial and finishing studio Crew Cuts, where she was Head of Sales. At MPC NY Zeitlin will supervise marketing, workflow and client service for its corps of senior colorists who include Adrian Seery and James Tillett. During her eight years at Crew Cuts she worked closely with some of the city’s top creative talents on high-profile campaigns for a range of major agencies and brands such as Google, BBDO, Ogilvy, JWT and others.

Zeitlin’s appointment headlines a number of production hires already making a mark at the studio. Elissa Norman, formerly a senior producer at jumP Editorial, has joined as a Senior Producer. Norman started her career on the agency side in London at McCann before her move to the US and entry into the post production world. Prior to joining jumP she was an Executive Producer at Wildchild, where she helped launch the company’s VFX division. She’s also freelanced at such post houses as The Whitehouse and Cut + Run, and was bicoastal executive producer at the iconic music and sound design studio Tomandandy.

Rounding out the producer hires are Senior Producer Brendan Kahn, who most recently was at 321 Launch, and Producer Dorian Douglass, who joins from Studio 6, the in-house facility at Havas. In addition, MPC’s Chris Connolly and Aiste Akelaityte were promoted to Associate Producer roles from scheduling.

“We’re delighted to have such talented and dedicated people joining us at MPC New York,” commented Managing Director Justin Brukman. “As our clients continue to challenge us to deliver the best work possible across all of our lines of business, it falls to people like Dani, Elissa and the rest of our EP and producer corps to make sure our creative staff is meeting or exceeding expectations. Our continued growth reflects how successful they’ve been at doing just that.”