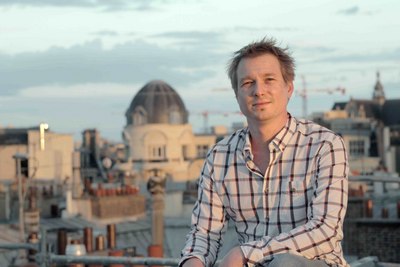 Matthieu has worked across numerous outstanding projects including the Jeppe Ronde directed Come 4 "The Lover" spot, which was awarded a Gold Lion in Cinematography at the Cannes Lions 2013. His work spans many genres, from the iconic award-winning urban street campaign for adidas’ "Unite all Originals" with SoMe and Sid Lee, to glamorous fashion films for Cacharel and Jean Paul Gaultier. His work with prominent directors such as Terry Hall, Bart Timmer and Jean-Baptiste Mondino, to name a few, is some of the most visually arresting in the industry.

Announcing the new arrival, Global Creative Director of Colour Grading Jean-Clément Soret said, “Matthieu represents one of the most exciting colour talents today and we’ve been admirers of his work for many years. As Head of Colour Grading at Digital District he brings a deep technical knowledge, and combined with his unique cinematic style makes him a fantastic addition to our colorist roster.”

"The colour grading department at MPC is viewed as one of the finest in the world," Matthieu said.  "I’m thrilled to become part of this first class team, working amongst an established group of renowned colourists and artists."

Colorists are available to clients in 20 locations throughout Europe and the U.S. via the MPC remote grading network.