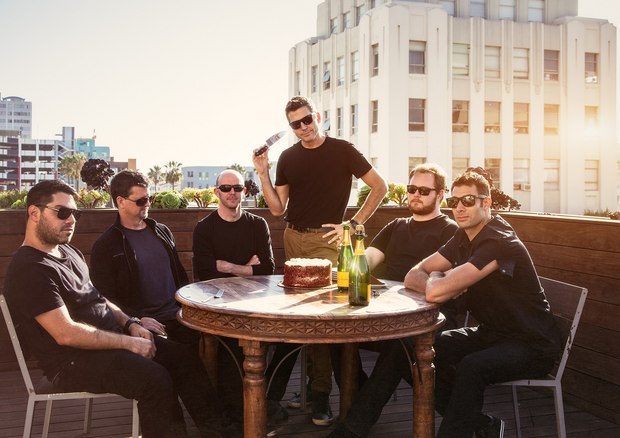 LOS ANGELES, CA -- In response to new business growth driven by its diverse offering across VFX, VR and color, and industry recognition of excellence most recently with AICP and Cannes honors, MPC Los Angeles announced the new hires of five industry-leading artists to its Advertising 3D division.

Steward Burris joins as Head of Animation, Zach Tucker as VFX Supervisor, George Saavedra as Rigging Lead, Brian Broussard as Texture and Look Development Supervisor and Matthew Maude as Head of Lighting. In addition, Charles Trippe has been promoted to Head of FX after two years on staff as FX TD. The 3D team reports directly to Head of 3D Jason Schugardt, a veteran VFX supervisor who joined the Los Angeles studio in March. This new team brings together a group of artists who have expertise in specific software, are fluent on many platforms and also involved at the cutting edge developing the next generation of tools.

“MPC has a long legacy of setting the bar high on VFX and innovation, and our new team will not only maintain that standard but help take it to the next level,” Schugardt said. “They have proven track records working on award-winning advertising for multi-national brands, with top agencies and directors around the world. They possess both feature film and advertising experience to create the best pipelines and workflow to meet our clients’ needs and deliver the best end results. And their leadership abilities will be invaluable to grooming our next gen talent.”

MPC LA Managing Director Andrew Bell said, “We’re pleased to offer this caliber of leadership and artist as a resource to our clients. Our new 3D team has collaborated on some of the most renowned films and commercials of recent years and along with being frontrunners in their FX specialties, they have extensive experience as problem solvers. It’s a winning combination, and we’re proud to have them on board.”

The newly fortified 3D division includes Steward Burris, who brings 20 years of experience at studios such as Digital Domain, Psyop, The Mill, Framestore and Rhythm and Hues to his new role as Head of Animation. Among his long list of credits are acclaimed spots for Kia (feat. Kia Hamsters), Call of Duty and Acura; the TV series’ “Breaking Bad” and “The X Files;” and films The Curious Case of Benjamin Button, George of the Jungle and Alvin and the Chipmunks. VFX Supervisor Zach Tucker has a wealth of experience including WETA Digital in New Zealand, where he worked on The Lord of the Rings: The Return of the King and The Two Towers, as well as stateside studios such as Digital Domain, Asylum, R!OT, Radium and Mirada; additional film credits are Pacific Rim and Pirates of the Caribbean: At World’s End, and a long list of ads including spots for Lexus, Porsche, Under Armour and Microsoft.

Rigging Lead George Saavedra also draws from deep experience on many high-end films and commercials at studios such as Sony Pictures Imageworks, Method Studios, Psyop and Digital Domain; highlights include Cloudy with a Chance of Meatballs 2, X-Men: First Class, Transformers: Revenge of the Fallen, Percy Jackson and the Olympians and Star Trek, and spots for Kia, Intel and DirecTV. Texture and Look Development Supervisor Brian Broussard has helped craft such high profile projects as Robert Stromberg’s Cannes Lion-winning branded film “What Lives Inside” for Intel, and Call of Duty: Advanced Warfare “Discover Your Power,” an AICP honoree, both while a freelancer at MPC LA; and while at Digital Domain, AICP honoree Destiny “Become Legend.”

Head of Lighting Matthew Maude has worked at studios all over the world including Cinesite London, Double Negative Singapore, Asylum and Method Los Angeles, Wildfire Studios New Orleans and most recently, Atomic Fiction in Montreal. He has collaborated on feature films such as Fast & Furious 6, Twelve Years A Slave, X-Men: Days of Future Past and Into the Woods, and ads for brands including Apple’s iPhone, GMC, Diet Dr. Pepper and Hershey’s. Promoted from FX TD, a position he has held at MPC LA since 2013, to Head of FX, Charles Trippe has been instrumental on some of the Los Angeles studio’s most highly praised commercials including the Kia 2014 Super Bowl spot “Applause” and later that same year, “Evolved;” and Fiat “Godzilla,” in which Godzilla memorably craves Italian in a promo for Warner Bros and Legendary Pictures’ 2014 summer blockbuster.