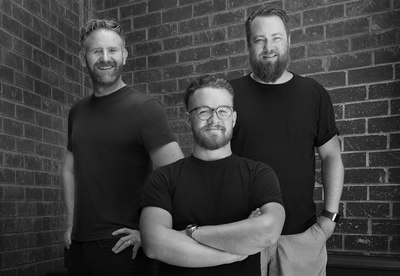 Morten Vinther, previously Head of 2D in the LA studio, joins Michael Gregory, Rob Hodgson, Claus Hansen and Mark Gethin as a Creative Director, continuing to grow the LA studio’s stellar creative leadership. Jim Spratling, former VFX Supervisor at MPC’s LA studio, has been promoted to Head of 2D, and Daniel Seddon brings more than 20 years of experience in both feature films and commercials to his VFX Supervisor role. All three will support the burgeoning team of senior creatives in the U.S.

Joining MPC in 2017 as Head of 2D with more than 15 years of experience, Vinther has previously held roles such as VFX supervisor, Head of 2D and Director in leading studios around the globe. Since he has been at MPC, he has lead high-profile projects such as PlayStation “Descent” and adidas “Creators.”

“I’m very excited and honored to step into this role,” Vinther commented. “It’s been an incredible year -- working with amazing directors on a variety of projects, at a time when the studio has continued to grow. I look forward to focusing more intensely on the creative collaboration with our clients and to take on ever more challenging projects with the team here.”

Spratling joined MPC’s London office as a Nuke Compositor in 2010 and has fast risen up the ranks working within MPC’s global studio network, becoming a 2D Supervisor and then Head of Creative-VFX for MPC’s Bangalore studio, before moving to LA in 2016 to join the studio as a Nuke Artist and then VFX Supervisor.

Daniel Seddon joins MPC from ILM in Vancouver, where he supervised major films such as Star Wars: The Last Jedi and Avengers: Age of Ultron. Prior roles include Creative Director, Head of 3D and Technical Director, and his strong technical background has seen him write award-winning software and tools. His commercial background has earned him a number of accolades throughout his career, with 17 awards in craft categories for projects including Smirnoff “Sea” and Monster.com “Stork.”

“We are always looking to bolster our team of senior creatives to help us cement ourselves as experts in creative, technology and craft,” Robert Owens, Managing Director, MPC LA, commented on the recent changes. “We’re confident that Morten and Jim will continue to deliver the extremely high-caliber of work that we’ve seen from them already, and we’re delighted to bring Dan and his strong background on board.”