MPC Goes Behind the Scenes of ‘Goosebumps’ VR Adventure

New video from MPC Creative goes behind the scenes of the ‘Goosebumps’ Virtual Reality experience created for Sony Pictures. 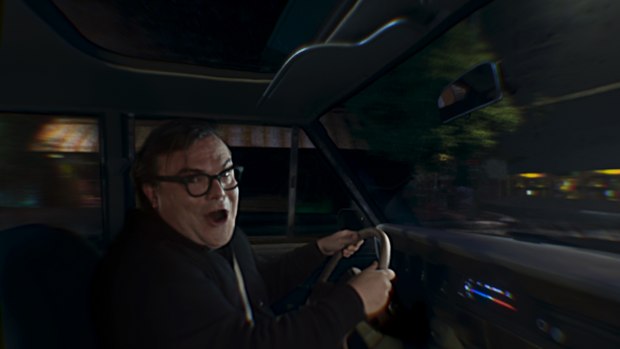 MPC Creative has released a behind-the-scenes look at their VR experience for Sony Pictures’ Goosebumps:

“VR shoots are a new frontier,” said Mike Wigart, Executive Producer, MPC Creative, LA. “The execution of the story required a unique creative solution. We were in the fortunate position of being able to utilize our VFX brainpower to test methodologies and techniques ahead of rolling cameras.”

Goosebumps the movie, released just in time for Halloween, is a magical cinematic story featuring the kids who try to save their town from R.L. Stine’s monsters. MPC created a first of its kind VR experience enabling moviegoers to put themselves inside an action-packed scene from the movie. And motion systems technology company D-Box provided the mechanical chairs for the VR experience designed for use with Samsung Gear VR headsets. The Goosebumps VR Adventure was featured in select theaters for four weeks and was a fan favorite across the country.

Jake Zim, senior vice president, Digital Marketing, Sony Pictures, said, “The world of Goosebumps lends itself perfectly to VR, and merging the D-Box motion chair with virtual reality takes the experience to the next level. You’re going to feel immersed in the movie -- it’s a virtual reality adventure ride right there in the theater lobby.” The Goosebumps VR Adventure, directed by Letterman, was produced end-to-end by MPC Creative; this included everything from live-action production through VFX and final grade. MPC also created a custom mobile app for the experience, which runs on the Gear VR and works hand in hand with the D-Box seat technology.

MPC Executive Producer-VR Tim Dillon said Goosebumps was perfect for the VR experience. “VR is an intimate and immersive platform that transports the viewer into the space and story,” he explained. “For the VR Adventure, we place an audience member in the car, riding shotgun with Jack Black [playing R.L. Stine], while Jack drives through town with a giant praying mantis chasing him down. The result is a theme park-style virtual reality adventure ride.”

To get there, a key aspect of MPC’s methodology was to ensure the realism of the piece remained intact without constraining Jack Black’s performance, said Dan Marsh, Creative Director, MPC Creative, LA. “Central to our approach was that we allowed for Jack Black to do what he does best. He and Rob Letterman needed to have the flexibility to improvise within the incredibly technical production.”

Head of 3D Jason Schugardt quipped: “I could talk about the hundreds of modeled assets, the thousands of machine hours, or cutting-edge VR technology that went into the making of this project. But in the end the thing that makes this VR adventure experience cool, is Jack Black.”