Technicolor Creative Studios continues its strategic rebranding and consolidation by integrating its visual effects companies into one of the world’s largest VFX studios. 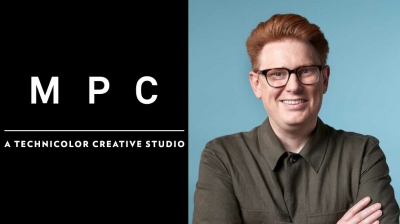 MPC will be helmed by newly appointed president, Tom Williams, previous managing director of MPC Episodic. He is a seasoned feature film and TV executive with previous experience at Sky and Abbey Road Studios.

The move is part of a wider strategic business plan to create one market-leading brand offering the best in creative technology to feature film and episodic partners. By bringing the three brands together, Technicolor Creative Studios combines a roster of award-winning creative talent. The company is looking to scale up globally, invest in technology, infrastructure, and real-estate.

This is the next phase of Technicolor Creative Studios’ evolution strategy; yesterday, the company announced the integration of MPC Advertising into The Mill under The Mill brand, to specialize in VFX, creative production and immersive brand experiences for the advertising market.

“Bringing all of Technicolor Creative Studios longform & episodic VFX brands under the MPC banner gives us the strongest possible platform to invest in growth and centralize our R&D efforts,” explained Williams. “This is an exciting business transformation that will be followed by global expansion plans, enabling us to access the best talent in the world.”

The structural changes will roll out in January 2022, with MPC Film, Episodic and MR X re-branding as MPC effective immediately.