Appointment comes alongside the recent hire of Zak Thornborough as Executive Producer of MPC Creative in the U.S. 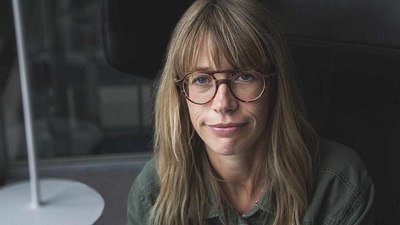 MPC Creative, the content production division of MPC containing a core team of directors, producers, creatives, technologists, developers and strategists, has appointed Sophie Gunn to the position of Executive Producer. The news comes alongside the recent appointment of Zak Thornborough to Executive Producer of MPC Creative in the U.S.

Gunn brings extensive experience across agency, VFX and motion design production, and until recently has been overseeing the growth and development of the MPC Motion Design studio, which specializes in dynamic motion graphics, design, illustration and animation.

Following her appointment as Executive Producer of MPC Creative London, Gunn has been instrumental in the production of 19 online films for adidas including the epic “Predator Instinct,” celebrating the 20th anniversary of the eponymous boot and starring German football champion Mesut Özil.

In her new role Gunn will be working closely with Head of Creative Strategy for MPC Ben Cyzer.

“MPC Creative incorporates concept development, direction, production and VFX all in-house,” Cyzer said. “Sophie’s experience, along with her kooky personality is perfectly placed to strengthen and develop the MPC Creative brand. The success of our collaborations with adidas is testimony to Sophie’s inventive ways of working and aesthetic eye.”