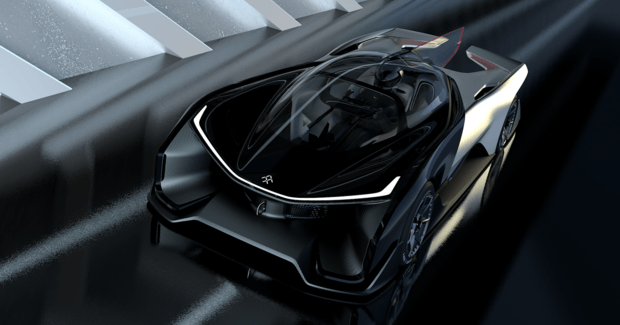 LOS ANGELES -- MPC Creative, MPC’s content production arm, produced a film and VR experience for CES 2016 highlighting the performance of Faraday Future’s technology platform with hints of first-of-a-kind innovations consumers can expect from their product line in the marketplace. MPC’s work was well received in a week which culminated in FF scoring spots on Top 10 lists for hottest tech product debuts.

The CES film is about a concept car, the FFZERO1 high-performance electric dream car, and the inspiration around Faraday Future’s consumer-based cars.

Dan Marsh, creative director of MPC Creative and director of the FF projects explained, “We wanted it to feel elemental. Faraday Future is a sophisticated brand that aims for a seamless connection between technology and transportation. There is an enlightened idea behind a clean, simple future, not only the technology but in the way people will use cars in the future. We tried to make the film personal, but natural in the landscape. The car is engineered for the racetrack, but beautiful in the environmental showcase. It lives in the very near future. There is energy and ambition. The performance is fierce but isn’t aggressive.”

“To make the film, we shot a stand-in vehicle to achieve realistic performance driving and camera work,” Marsh continued. “We filmed in Malibu and a performance racetrack over two days, then married those locations together with some matte painting and CG to create a unique place that feels like an aspirational Nürburgring of sorts. We match-moved/tracked the real car that was filmed and replaced it with our CG replica of the Faraday Future racecar to get realistic performance driving. Interior shots were filmed on stage. We chose to bridge those stage shots with a slightly stylized appearance so that we could tie it all back together with a full CG demo sequence at the end of the film.”

“The process was collaborative and remarkably straight forward,” added Mike Wigart, Executive Producer of MPC Creative LA. “Faraday provided us with a great starting point (the concept car); we created a set of beautiful conceptuals to support their vision, and they basically said ‘go.’ This is exactly where MPC Creative excels.”

MPC Creative also produced a Faraday Future VR experience that features the FFZERO1 driving through a series of abstract environments. The experience feels architectural and sculptural, and ultimately offers a spiritual vs. visceral journey. Using Samsung’s Gear VR, CES attendees sat in a position similar to the angled seating of the racecar for their 360 tour.

“Faraday Future wanted to put viewers in the driver’s seat, but more than that they wanted to create a compelling experience that points to some of the new ideas they are focusing on,” Marsh explained. “We've seen and made a lot of car driving experiences, but without a compelling narrative the piece can be in danger of being VR for the sake of it. We made something for Faraday Future that you couldn't see otherwise. We conceived an architectural framework for the experience. Participants travel through a racetrack of sorts, but each stage takes one through a unique space. But we're also traveling fast, so like the film we're teasing the possibilities.”