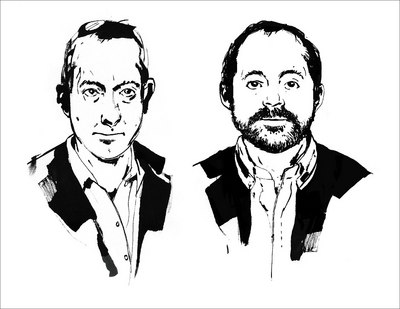 A division of the global visual effects studio MPC, MPC Creative is a concept-generating and ideation collective that provides start-to-finish content and production solutions for agencies and brands. It utilizes both its own roster of creative directors and live action directors as well as MPC’s industry-leading capabilities in VFX, design, CG, experiential and VR.

“We’re doing some amazing things here, and having the chance to reunite Alan and Dan is a terrific development for MPC Creative,” said Brukman. “Alan is a unique creative talent whose skills and vision as a filmmaker, designer and creative director will be a huge asset for us as we continue to build the MPC Creative offering. And Dan is a smart, experienced and forward-thinking EP who’s already been contributing to MPC Creative’s growth. We’re thrilled to have them both as part of our team.”

A designer and director, Bibby has created memorable ads for Google, Mercedes-Benz, Castrol, Honda, Budweiser and many other brands. His music videos, short films and experiential projects have won wide acclaim, with “Princess of China,” featuring Rihanna and Coldplay, being nominated for a MTV Music Video Award. His films have screened at festivals and museums around the world, including MoMA, PS1, the Tate Modern and Palais de Tokyo. He’s also directed concept-driven fashion films for such labels as Marc Jacobs, Electric Feathers and SANS.

“I think there’s a tremendous opportunity right now for companies like MPC Creative,” commented Bibby. “The lines are blurring in terms of where work originates and where ideas come from, and there’s a lot up for grabs. In this environment you need strong creative and technical chops to generate the kind of feature-level work people gravitate to. In this regard MPC is a powerhouse, one of just a few companies that possess a combination of artistry, unparalleled technical prowess and truly global scale. This gives us the ability to produce work that’s as culturally relevant as it is unexpected, and that’s incredibly appealing, both for creatives such as myself as well as for our clients.”

Sormani is a well-recognized producer with ad agency experience and extensive credits in integrating VFX and live action. In addition to his position at Logan, he’s held executive producer positions with Brand New School, Lifelong Friendship Society and Stardust. Projects he’s produced or executive produced have been honored at Cannes Lions, Clio, AICP and Promax/BDA, with the campaign he worked on for Help winning the Cannes Grand Prix for Good in 2012. He also worked on Burger King’s “Whopper Freakout” and Tide’s lauded “Talking Stain” spot.

“This is a time for innovation in how brand content is created and produced, and that attitude is demanded here at MPC,” remarked Sormani. “Offering clients a top tier global resource, and one that can work with them all the way from concept through completion, perfectly fills this growing need. It’s exciting to be able to embrace that.”

MPC Creative operates internationally out of offices in Los Angeles and London. Their roster of Directors and Creative Directors are represented by Uncle Lefty in the East, Baer Brown in the Midwest and Shortlist in the West.

Recent work produced under the MPC Creative banner includes spots for IBM out of Ogilvy, for AT&T out of GMMB, for BMW out of KBS and for Airwick via Droga5, as well as for Reebok that was created and produced directly for the client. The studio also created a short film and VR experience for the electric vehicle company Faraday Future that launched at CES in January and a VR experience for the Sony Pictures feature “Goosebumps” that starred Jack Black.