MPC and Frankie Create a Woman’s ‘Legend’ for BMW 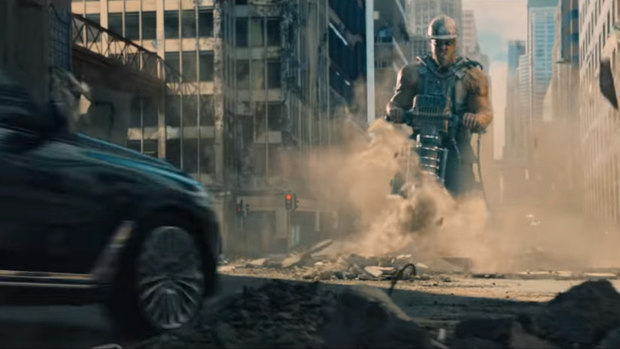 The Moving Picture Company (MPC) is known as one of the world's largest and most visible visual effects studios, with numerous locations around the globe. They've been celebrated for blockbuster projects like The Jungle Book, The Martian, Blade Runner 2049, and The Lion King, as well as their work with global brands such as BMW, Apple, Samsung, PlayStation, and Hennessy.

With about 120 people housed at MPC’s Los Angeles location, the team handles VFX, color grading, animation, compositing, and more. With large teams in various locations, it's no surprise that MPC needs a remote review tool that is flexible, easy to understand and a joy to use -- that's why the studio has repeatedly turned to Cospective's Frankie for years. The web-based interface means that there's no pre-session download or install hassle, and the ease of use and ability to draw right atop footage has MPC’s clients falling in love with Frankie. Here's why.

VFX producer Nicole Saccardi says that Frankie was already an MPC favorite when she started four years ago: the tool doesn’t require clients to come to the studio, as they can provide detailed, clear instructions from anywhere in the world.

“Frankie has made the whole process of receiving a kickoff brief or feedback so much more efficient for everybody,” she asserts. “It's sometimes difficult to speak about what we're doing in visual effects. You have to see something creative to understand it, so artists and clients really need to have visual aids in their conversations. Using Frankie, clients don't have to come in and physically point at a screen to explain what they want us to do.”

When creative director Morten Vinther joined MPC, he was initially wary about learning a new and unfamiliar tool -- until he actually got his hands on a mouse and discovered for himself just how approachable Frankie really is. Now it's a vital part of his workflow, allowing him to review footage in real-time with remote clients and annotate footage right on the screen.

“I was blown away with how easy it was,” he recalls. “It's literally just click, drag, upload stuff, and then you're ready to go -- send a link.”

Bringing the “Legend” to life

During production of BMW’s “Legend” spot, Frankie proved to be a crucial tool to facilitate creative communication, helping MPC visualize the story of a powerful heroine who pilots her BMW X7 away from a gang of motorcycle-riding rogues and around other legendary threats.

Commissioned by GS&P and directed by MJZ’s Dante Ariola, the spot required a substantial amount of photoreal compositing and visual effects work. MPC created a group of supernatural CG crows, a detailed dockyard full of rusty ships, Poseidon’s giant waves, Roy the Destroyer’s chaos and destruction and even the animated collapse of Razorback bridge.

From the outset, Frankie helped MPC’s creative team clarify ambitious, highly visual ideas -- plucked straight from the director’s imagination. Using annotation tools in Frankie, the director could paint over a frame to demonstrate the exact position and scope of effects, such as Poseidon’s giant wave. This allowed MPC to focus on improving realism and the finer details of each shot.

Achieving a project of this scale required input from hundreds of artists across five different studios, making Frankie vital for communication between studios as well. MPC needed to replicate the experience of gathering artists together in the same room and pointing at a screen. In the Roy the Destroyer sequence - one of many examples - Frankie was used as a platform to collaboratively come up with an easy-to-understand plan for complex shots, shared across multiple studio locations and artistic disciplines. Frankie is constantly in use at MPC, and Saccardi notes that it's especially useful when it comes to working with car companies. They've also produced work for clients such as Audi, Honda, Toyota, Nissan, and VW, and having a visual review tool like Frankie makes it much easier for clients to convey very specific notes -- even in a densely packed scene.

“There's a lot of notes that clients have to give us about cleaning up the street, or particular assets in a busy environment,” she explains. “There could be 100 notes on one shot. In a Frankie session, we can quickly circle different elements while discussing each shot with clients in real-time. It's all so clear. The artist can then dive in and start working on tasks directly from an exported document.”

Vinther's initial apprehension about incorporating a new tool has long since given way, and now he's a full-blown Frankie fan. In fact, he's started using it even when clients are in the room with them, simply because it's such an effective tool for running through footage and compiling notes. During one recent brief for a complex series of car commercials, which feature a lot of matte paintings and other elements in play, Vinther used Frankie when consulting with the director in-person.

“It was a brief where you really needed to make a deck of all of these different shots, and I actually loaded all of the assets into Frankie even though the director was coming in here,” he says. “I loaded those films into Frankie to be able to sit with him, playback what I wanted to, and draw and write on the screen -- and then at the end of it, I just have a PDF with all of the notes.”

“I've found myself using Frankie with clients in the room, just because I find it so easy to use,” he concludes. “I love it.”