The eternally gloomy former The Smiths’ frontman has spoken out against the ‘harshly hateful tactics’ of a recent ‘The Simpsons’ episode, which pokes fun at his elitist and bigoted opinions. 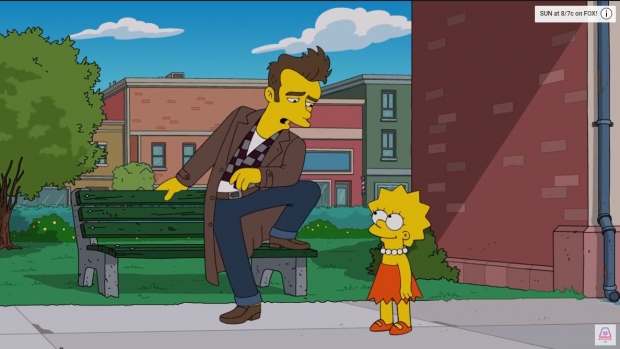 Fresh on the heels of actor Hank Azaria's push to make amends for his three-decade-long portrayal of Indian character Apu, and the recent Matt Groening political correctness campaign, comes a new The Simpsons “scandal.” Apparently, no matter the efforts to be inclusive, there will always be someone to take offence.  Forever-emo Morrissey has spoken out about the “harshly hateful tactics” of recent episode “Panic on the Streets of Springfield,” which pokes fun at the former The Smiths frontman.

Panic follows Lisa as she dreams up a new vegan imaginary friend Quilloughby (voiced by Benedict Cumberbatch), inspired by a “depressed British singer from the 1980s” that once sang in the band The Snuffs. However, when she finally sees the real Quilloughby at a concert, she finds him to be a bitter washed-up rocker who can’t let go of the good old days.

Quilloughby croons during the concert, “Shut your gobs, you wankers. Can’t you see this show is just a cash grab? I’m only here because I lost my fortune suing people for saying things about me that were completely true. You can jeer while I enjoy this pastrami on rye…I was [vegan] until I learned that veganism was invented by foreigners, of whom there are far too many on this planet. That’s right, I hate the foreign: coming to this country and taking our jobs and sleeping with our men.”

The gloomy singer didn’t stay silent in the face of digs at his racist views on Chinese people or his support of far-right British politics. Morrissey’s manager Peter Katsis went so far as to post a statement on Facebook claiming, among other things, that The Simpsons writers “are the only ones who have stopped creating, and have instead turned unapologetically hurtful and racist.” Quite an accusation coming from the manager of a singer who stated, “everyone ultimately prefers their own race.”

Everyone’s a critic. Some of those critics just happen to be snooty bigots.