Mike and Liz Young have reacquired 100% ownership of US-based Moonscoop LLC and have rebranded the children's production house as Splash Entertainment with CEO and executive chairman Nicolas Atlan on board as a new partner, and JokeBox acting as a private passive investor. 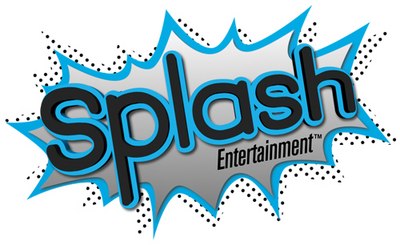 Los Angeles, CA -- Mike Young, CEO, and Liz Young, President, of Moonscoop LLC, the U.S. based innovator, developer, and producer of original animated television series, properties and brands, have with Executive Chairman Nicolas Atlan’s contribution, alongside JokeBox acting as a private passive investor, regained 100% ownership of Moonscoop LLC and are rebranding the company to Splash Entertainment.

With the new name and branding, Mike Young and Nicolas Atlan take on the responsibilities and titles of Co-CEO, with Liz Young serving as President. The announcement, which comes on the heels of a 2013 judicial recovery procedure against Moonscoop SA (France) and a recent determination by a French bankruptcy court, was made today by all three executives who will now serve as equity partners in Splash Entertainment.

With this new deal, Kabillion, the network and multi-media marketing platform that racks up more than six million views a month, will be a part of Splash Entertainment. Kabillion is the only independently owned Top 10 Ranked Kids FVOD (Free Video On Demand) TV Network.  Kabillion and Kabillion GirlsRule! reaches more than 50 million cable homes in the top 30 U.S. Markets.

“It has certainly been a challenging past several months and now with the legal and business issues behind us we are very happy to be getting back to the business at hand. That business, quite simply, is producing and distributing the finest children's entertainment for growing audiences around the world,” commented Mike Young. “Even in the midst of all the difficult dealings we never lost sight of the work and always delivered on our promises to our partners.”

“It has been a pleasure working hand-in-hand with Mike and Liz these past five years at Moonscoop and I am thrilled to now be an equity business partner with them in Splash Entertainment,” commented Nicolas Atlan. “Our goals for 2014 include a new season of ‘Sabrina Secrets of a Teenage Witch’, ‘Master Blaster’, ‘It’s Archie’, based on the iconic Archie Comics publications and, of course, to reach close to 60 million cable households with Kabillion.”

Splash Entertainment’s key intellectual properties include the international hit animated pre-school series, Chloe’s Closet with Season 2 being launched now and licensed in over 100 territories worldwide, Dive Olly Dive! , Hero:108, Growing Up Creepie, Pet Alien and Todd World. The company’s current new series production slate also includes Master Blaster, The Meeps and two iconic Archie Comics brands, It’s Archie and Sabrina Secrets of a Teenage Witch, which has just been released on the HUB and soon to be aired on Disney in multiple territories.