Moonbot Battles Bullying With New Interactive Film, ‘I Am A Witness’

Interactive film from the animation studio behind the Oscar-winning ‘The Fantastic Flying Books of Mr. Morris Lessmore’ is scored by composer and DEVO co-founder Mark Mothersbaugh. 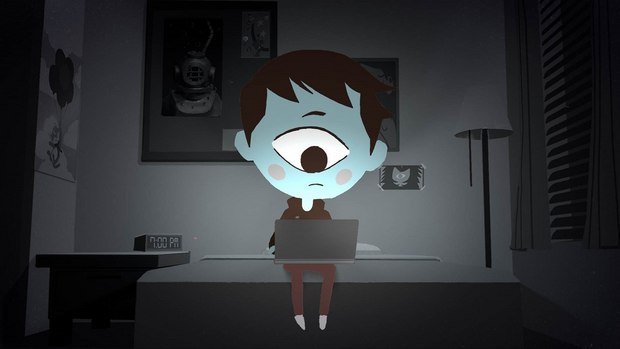 SHREVEPORT, LA -- In an effort to empower teens to speak up when they see bullying, a coalition of media, corporate and non-profit partners including Moonbot Studios, the Ad Council, Goodby Silverstein & Partners (GS&P) have launched I Am A Witness, a digital-focused campaign featuring a new emoji and an innovative interactive film. The film was handcrafted entirely with 2D animation by Moonbot’s award-winning team.

The interactive film is scored by famed composer Mark Mothersbaugh of Mutato Muzika and co-founder of DEVO. The video tells the story of a boy named Jack, who is bullied at school and online. Once the user intervenes and interacts with the video using the on-screen emoji, Jack's world is filled with more color, turning a sad day into a happy one.

“The only user-interface tool in I Am A Witness is an emoji that changes Jack’s path. That emoji is available for download after the film, and can be used on mobile phones to call out cyber-bullying,” said Limbert Fabian, director (The Scarecrow, Silent, The Raven).

Moonbot Studios and GS&P BETA teamed up to bring one of the first mobile interactive video experiences on Safari iOS. Together they came up with a unique approach for iOS that allows embedded videos to play inline on a webpage rather than in the native player. To keep the videos in sync and reduce bandwidth issues, one video file contained two different versions of the film, one stacked on top of the other. Depending on which version of the film should be seen, the team presented only half of the picture to an HTML5 canvas element. In addition to overcoming the technical hurdle of a seamless interactive experience, Moonbot’s team essentially created two, two-minute animated films, one of a “good day” and another of a “bad day.”

“To create a little distance between the audience and our story, our team at Moonbot decided to animate I Am A Witness in 2D, using broad, cartoony shapes. Bullying is a raw, emotional subject for a lot of people, and we choose a visual language that created a buffer for some of those feelings while still allowing us to connect to the narrative. We wanted the film to be affecting, but not painful,” said Jake Wyatt, co-director (Necropolis).

Bullying statistics are staggering. More than one in four children a year (13 million) experiences some form of bullying. Now, taking a stand against bullying and showing support to someone in need can be as easy as a stroke of the keyboard. The #IAmAWitness campaign aims to activate the silent majority of kids who witness it each day, and empower them to use the new eye emoji and additional creative assets to speak up, be a friend and reject bullying.