Setting its Oscar-qualifying run, hand-drawn feature directed by Xavier Picard and produced by Hanna Hemilä will open in Los Angeles at the Laemmle Royal Theatre on December 4th. 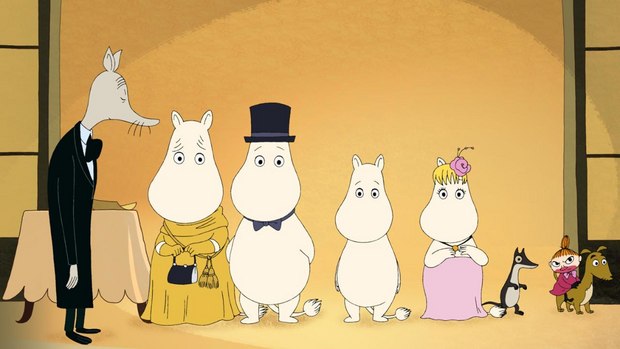 Setting its Oscar-qualifying run, hand-drawn feature Moomins on the Riviera will open in Los Angeles on December 4th, exclusively at the Laemmle Royal Theatre in West L.A.

Directed by Xavier Picard and produced by Hanna Hemilä, Moomins on the Riviera is based on Tove and Lars Jansson’s beloved “Moomin” comic strip and books. The film is a co-production between Finland’s Handle Productions and France’s Pictak Cie.

In the film, the Moomins, Snorkmaiden and Little My, in search of adventures of their own, set sail for the Riviera, where, after a journey fraught with menacing storms and desert island dangers, Snorkmaiden is dazzled by the attentions of a playboy and Moomin learns that jealousy’s sting is the most painful of all. When Moominpappa befriends an aristocrat and adopts the name “de Moomin,” an exasperated Moominmamma retires to the relative calm of their trusty old boat, to wait for her family to come to their senses. For the very first time, the unity of the Moomins is threatened.