‘Moomins and the Comet Chase’ Set for Home Entertainment Release Inspired by a compilation of Tove Jansson’s bestselling Swedish book series, Moomins and the Comet Chase was written by Joel Backström, Iivo Baric, Minna Karvonen and Anders Larsson and directed by Maria Lindberg. With the help of his father, Moominpappa (Stellan Skarsgård), Moomintroll (Alexander Skarsgård) and his worried friends embark on a journey to the observatory to find out why everything in their valley is covered in thick grey dust and the sky continues to get redder by the day. They discover a comet is heading straight for them, but can they make it back to Moominhouse to get everyone to safety in time?

Moomins and the Comet Chase sees the world’s favorite family of white trolls embark on an adventure set in the fascinating and curious world of Moomin Valley. The gang must work together and overcome potential dangers and peculiar creatures as they journey through Moomin Valley to beat the comet home and save everyone from disaster.

Managing Director/CEO of Vision Films Lise Romanoff commented, “We adore the Moomins and want to make these sweet, cuddly characters a staple in North American homes. Voiced by an all-star cast, I’m confident that everyone will fall in love with Moomintroll and his friends the way everyone at Vision Films has.”

For 70 years, Moomintroll, along with his family and friends, have charmed children and adults alike in the Nordic countries and around the world. The original books have been translated into 44 languages that have inspired television series and animated films. The Moomins are often regarded as one of Scandinavia’s biggest exports. 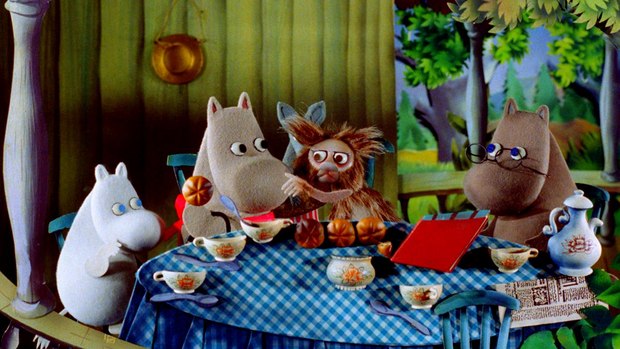