Seventh edition of the Montreal Stop Motion Film Festival to include PES, Cordell Barker, and a special behind-the-scenes presentation of Mark Osborne’s ‘The Little Prince.’ 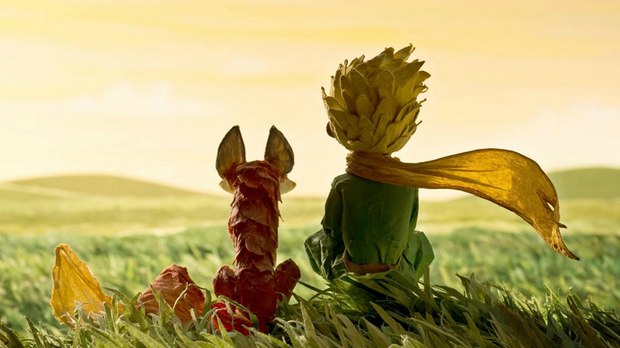 MONTREAL -- The Montreal Stop Motion Film Festival has announced the release of its official program for 2015. Now in its seventh year, this year's edition of the festival will be held September 25-27 in the J.A. de Sève Theater at Concordia University.

Montreal will be honoring its talent at the seventh edition of the Montreal Stop Motion Film Festival. As the first festival to focus on this animation technique, the last seven years has been spent presenting films from all over the world. This year the festival plans to turn its attention to its own by spotlighting Montreal’s achievements in recent years.

The Little Prince, directed by Mark Osborne and distributed in Québec by Les Films Séville, was shot entirely in Montreal. The film is composed of several breathtaking stop-motion sequences that support the look of the original artwork of Antoine de St-Exupery’s famous book. To celebrate the efforts and talent of the artists, there will be a special behind the scenes presentation with some of the key members of the crew.

Famed animator Cordell Barker (The Cat Came Back - 1988) will also be appearing at the festival for the Quebec premier of his new movie If I Was God, produced by the National Film Board of Canada. The film is his first venture in stop-motion animation and has strong Montreal ties as two companies -- See Creature and Jako Lanterne -- helped in the creation of the puppets and the animation. The whole crew will be at the festival to provide a behind the scenes look at this new production.

The festival will also have in attendance the well-known pixilation artist PES (Fresh Guacamole - 2012) who will be on hand for the official start of the festival. A master class will be offered on both his way of working and his many productions.

Lastly, the Stop Motion Festival will have Laurie Sitza in attendance. Sitza was the lead animator for Aardman’s Animations Shaun The Sheep. Sitzia will be sharing a look at the animation process that goes into the production of a feature film like Shaun the Sheep Movie.

The Montreal Stop Motion Film Festival is more than just its illustrious guests. They will also have 88 films from 26 countries competing during this weekend-long event, once again proving that a huge revival of stop-motion animation is currently taking the animation world by storm.

This year's program has something for everyone. The festival is offering two free family screenings, presented by Brault et Bouthillier, and several hands-on pods with animation software so that young animators can discover the magic of animation on site.

Eighty-eight stop-motion films from 26 countries will be presented on the big screen. The jury will select a winner in each of the competitive categories:

The jury is composed of three members from the stop-motion community: Michel Breton, Michael Hollenbeck and Laurie Sitzia. The winners will be announced on Sunday evening, the closing night of the festival.

Other Activities Not to Be Missed: