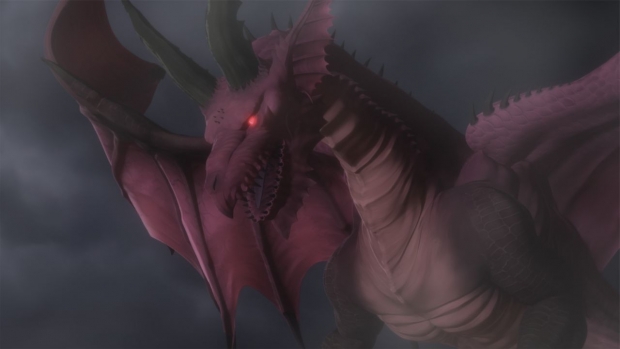 A man, a heart, and a dragon walk into a bar. What’s the punchline? There isn’t one. But, if you like kick-ass characters fighting dragons, then check out Dragon’s Dogma, a new anime coming to Netflix. The series, an adaptation of CAPCOM’s hit open world RPG first launched in 2012, was first announced back in March 2019.

Netflix describes the grim caper as, "a man's journey seeking revenge on a dragon who stole his heart. On his way, the man is brought back to life as an 'Arisen.' An action adventure about a man challenged by demons who represent the seven deadly sins of humans." This mirrors many aspects of the plot from the original game, but much like the Resident Evil movie series, the on-screen characters will differ greatly from the ones we’re familiar with.

After Konami’s Castlevania series adaptation became a major win for Netflix, we have been waiting for another show of its caliber. We have a feeling Dogma will soon represent another stylish victory for the anime community.

While Dogma will be produced by Sublimation, a studio known for CG animation, Netflix announced the show will also utilize 2D animation for a more traditional look. The show will also be produced in partnership with Anima and David Production. The series is directed by Shinya Sugai, written by Kurasumi Suyama, and executive produced for Netflix by Taiki Sakurai. Hiroyuki Kobayashi and Takashi Kitahara are co-producing for CAPCOM.

Dragon’s Dogma is set to drop on Netflix on September 17th.