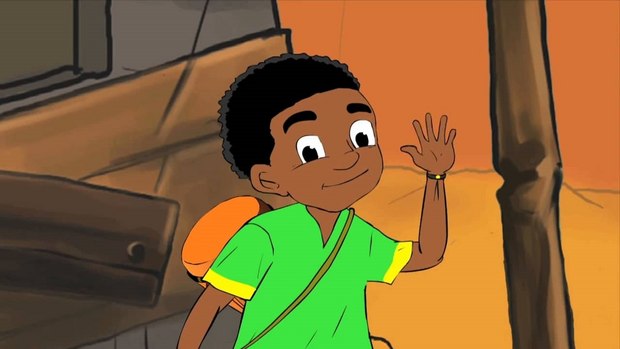 DUBLIN, IRELAND -- Dublin Company Monster Entertainment has announced a broadcast deal with Gulli AFRICA for new South African series, Jabu’s Jungle. Gulli AFRICA will broadcast Jabu’s Jungle in 22 French speaking African countries. Jabu's Jungle is an animated series aimed at children from 4 to 7. The production is following in the footsteps of another successful Monster Entertainment distributed South African series, Jungle Beat, which has been broadcast in 196 territories so far, as well as Magic Cellar, which Monster also recently sold to Gulli AFRICA.

The series follows the adventures of Jabu, an intrepid nine-year-old, and his Magic Talking Drum. Jabu explores the Jungle helping animals in need. Along the way he meets plenty of friends who join in the fun, but he must watch out for naughty Van the Vulture.

Set to a vibrant Afro pop soundtrack and featuring a host of colorful animal characters, Jabu’s Jungle has a unique African look and feel and introduces children to the wonders of Africa’s animals and exotic locations.

A Pixcomm production, Jabu's Jungle is being made in Cape Town’s Masiphumelele township utilizing a unique production approach that partners experienced animators with residents from the township. Working side by side with industry professionals, the talented, young artists are given a hands-on, apprentice style training that allows them to earn money as they learn. Being based in a township, Pixcomm has managed to take the work and the training to the community and the results are exciting and fresh.

Jabu’s Jungle has just begun production on the second season which will be complete in October 2016 and launched by Monster Entertainment at MIPJunior.