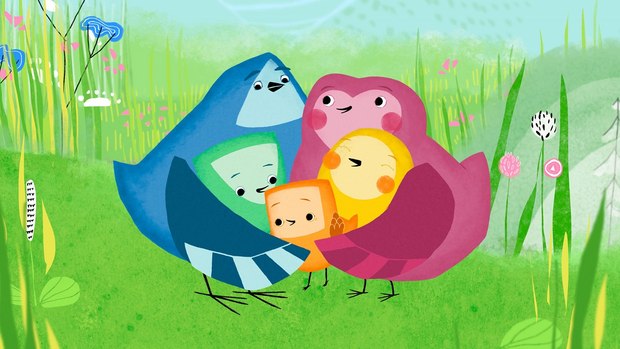 Dublin, Ireland-based distributor and producer Monster Entertainment is launching preschool series Pikkuli at MIP Junior, according to a report by Kidscreen.

The preschool series (26 x five minutes) is produced by Finland’s Sun In Eye Productions and is based on the book Fly, Pikkuli Fly! by author Metsämarja Aittokoski and illustrator Elli Vuorinen.

Pikkuli likes the same things as all the small children all over the world: Family, friends, playing, swimming, fishing, music -- and learning something new every day! Eventually he will learn to fly. But he prefers more bouncing -- like all the other kids. Pikkuli is not alone in the forest. Athletic Byrd Father and caring Mommy Byrd know their smallest child is a bit different but love him just the same. Even though the parents love him so much, Pikkuli compares himself to his talented big Sister and reckless Brother.