Mondo TV and Aurora’s animated comedy-adventure series for children starring cube-shaped animal characters who look like toys but come to life when humans are away has already aired in South Korea. 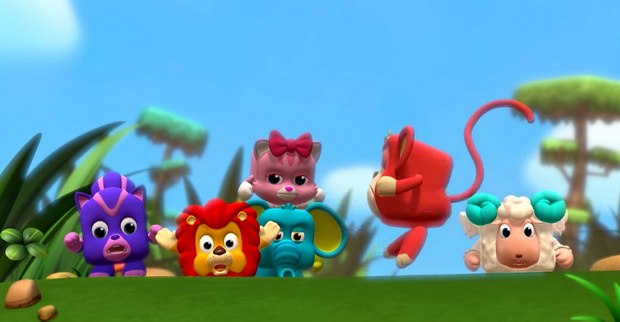 LONDON -- Mondo TV and Aurora have hailed the success of the YooHoo & Friends Licensing Summit, held at the recent Las Vegas Licensing Expo. The Summit showcased the forthcoming Mondo TV children’s program based on the multi-million-selling Aurora plush line. Mondo TV, one of the largest European producers and distributors of animated content, along with Aurora, one of the leading companies for high-end, soft and huggable toy designs in the global gift industry, recently held the event at Mandalay Bay Convention Center.

The event was attended by a large number of figures from licensing, broadcasting and the media. An update was provided on the current status of the new series and the launch strategy was shared. Plans for an international consumer licensing program was reviewed and it is anticipated to have a strong appeal across global markets given the popularity of the brand on which the TV series is based. The YooHoo & Friends line of plush toys has sold more than 80 million pieces since Aurora launched it in 2007. The 52x11’-episode animated children’s series, made in 3D CGI and HD is therefore expected to enjoy strong awareness and audience appeal straight from launch. Many key broadcasters, both free-to-air and pay TV, have already confirmed their interest in this series, whose first episodes will reach screens in spring 2017.

The show includes over 70 characters, in addition to YooHoo, Pammee, Lemmee, Roodee and Chewoo, representing endangered, extinct and extraordinary animals, a strong environmental message. The series has the charm, humor and appeal of the big-eyed, bushy-tailed characters the Aurora line made famous.

The Summit also offered attendees a sneak preview of Cuby Zoo. This 52x11’-episode animated comedy-adventure series for children stars cube-shaped animal characters who look like toys but come to life when humans are away, and play a vital but anonymous role in keeping the world in balance. The first episodes are already on air on the EBS national channel in South Korea, and are enjoying strong ratings.

Matteo Corradi, Mondo TV CEO, commented, “The YooHoo & Friends Licensing Summit was designed to showcase a brand that already enjoys a strong presence at retail and is now moving on to the next level. The delightful and entrancing YooHoo & Friends TV series will bring its message and appeal to a new medium — and an even bigger audience. The extraordinary potential of the property is definitely something worth promoting on a major stage to major players in the licensing industry, and we’re delighted that so many Summit attendees agreed.”