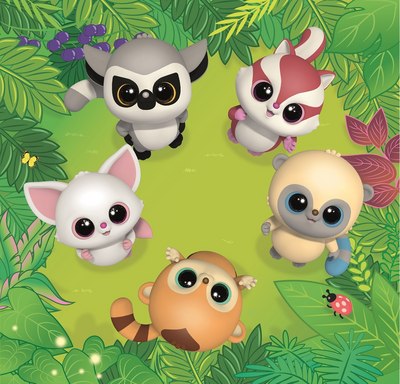 LONDON -- Among the highlights of Mondo TV at Kidscreen Summit Miami 2017 are four major new series. In the preschool animated show Yoohoo & Friends 3D (2017: 52’ x 11) a group of animal friends who inhabit the magical island of Yootopia help endangered animals in their home and on Earth. The show has a massive appeal both as a TV series and as a licensed property, not least because awareness is sky-high: more than 80 million YooHoo & Friends plush toys have been sold since the worldwide launch of the line by Aurora World in 2007, driving enormous interest in the forthcoming animated version.

Heidi, Bienvenida a Casa (2017: 60 x 45’), a co-production with Alianzas Producciones, is a modern, live-action adaptation of the famous story of Heidi, one of the best-loved characters in fiction. Based on an original idea by the legendary Argentinian writer Marcela Citterio, it offers an exciting mix of music, comedy, color, magic, and extraordinary characters as the charming and friendly girl who moves from her rural home to the confusing environment of the big city tries to adjust to a whole new way of life but there is a now a difference: Heidi’s daily life, friendships and adventures take place in the modern world.

Invention Story (2018: 104 x 11’), an innovative new animated series for children, is the tale of Kit, a creative young fox, who, in each episode, comes up with a new invention, delighting the rabbit inhabitants of Carrot Town and infuriating their angry, jealous mayor. This 3D, HD comedy and action series for kids 4 to 8 years old will offer a marvelous combination of fun and learning, led by an irresistible cast of funny, eccentric and entertaining characters, and is expected to attract strong broadcast interest. Mondo TV has also announced an agreement with Korean content and marketing company, CJ E&M, to act as TV distributor and licensing agent in a number of territories for the new HD CGI animated action adventure show for 3-6 year olds: Robot Trains (2018- 32x11’). The series is set in the ‘Train World’ where all citizens are trains, however among the residents there are special trains that can transform into robots, the ROBOT TRAINS! The animation series deals with the growth of the five train heroes – Kay, Alf, Duck, Selly and Victor – and their exciting adventures. Kay, the fastest train in the world, has lost his memory and skills in an accident. To restore his memory and skills, Kay goes off to a journey with his friends, where they encounter many challenging missions.