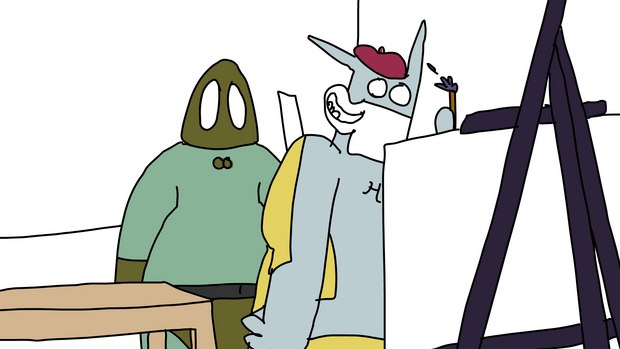 Boston, MA -- After raising over $100,000 on Kickstarter, the creators of Baman Piderman, a charmingly unique and hugely popular, animated series, are now ready to start delivering new episodes. Starting with ‘Feel a Feeling,’ fans of the adorable series that features two "best fwends", Baman and Piderman, will be treated as the third season of this beloved show. Series creators and husband and wife team Lindsay and Alex Small-Butera will be releasing new episodes bi-monthly until the season is complete. The series is being distributed by Mondo Media, the largest Animation VFN (Vertically Focused Network) on YouTube.

After beginning with a goal of raising $50,000 to produce 5 new episodes, the Kickstarter campaign ended up 225% over-funded, unlocking 4 additional animated installments, as well as a special music video featuring a song by Neil Cicierega, the creator of the wildly popular Potter Puppet Pals series on YouTube.

The series began as a student short back in 2008, and after partnering with Mondo Media in 2009, Baman Piderman went on to find distribution on G4TV’s Attack of the Show, and subsequently scores of cosplay fans have created their own costumes, and animated tributes to the series.