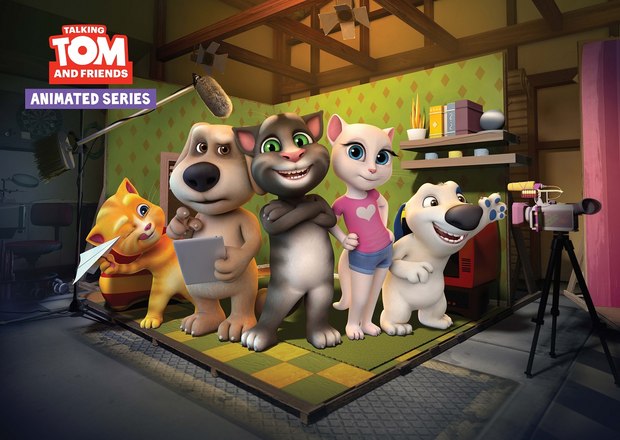 LONDON -- MoMedia, a digital distributor and VOD content management company, has announced that they have signed a worldwide digital distribution deal with global family entertainment Outfit7, the creator and producer of hit kids’ property Talking Tom.

The new CGI animated series Talking Tom and Friends, which chronicles the hijinks of wisecracking cat Talking Tom and his pals as they shoot their own reality TV show, is the first Outfit7 property on MoMedia’s books and features the popular characters from the franchise. The deal for Talking Tom and Friends is seen as the first step in an on-going relationship between MoMedia and Outfit7. It will expand the audience reach for the series from its home on YouTube and will package and crucially promote the property across all relevant SVoD services.

Cindy Sung Eun Um, Managing Director Korea and VP of Commercial Operations Asia for Outfit7 remarked, "O7 is excited to work with MoMedia TV to further our strength and presence on video platforms around the world. We believe the partnership will enable us to grow our reach across a diversified bouquet of digital platforms, allowing us to deliver the popular Talking Tom and Friends animated series to more family audiences, creating more fun for everyone."

Talking Tom and Friends was one of the first series to be featured on the YouTube Kids app when it launched earlier this year. Traditional broadcast distribution is being handled by UK-based independent kid’s distributor Jet Pack.

“We are moving forward rapidly with our mission to be the world’s number-one independent distributor of quality children’s content on to digital services,” added Lucas Bertrand, CEO of MoMedia. “This latest deal for Talking Tom and Friends, which is fast becoming a truly platform-agnostic phenomenon, sits very sweetly in that story. Talking Tom is generating a massive audience and this plays to our strengths in taking another great brand from YouTube and expanding its reach to other audiences. We’re very happy to join the A-list onscreen and off-screen talent that has made this brilliant franchise a global success.”