MoMA to Preview ‘I, Candy’ During ‘An Evening with Candy Kugel’

Pioneering animator will appear for a discussion with animation historian John Canemaker, a Q&A and screenings of her early work. 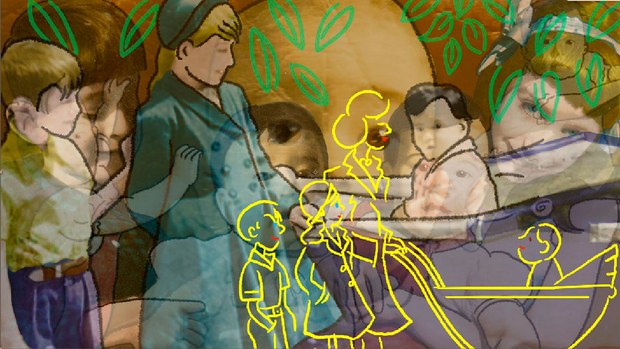 Candy Kugel’s new animated short film ‘I, Candy’ will screen April 23 at the Museum of Modern Art in New York City as part of the event “An Evening with Candy Kugel.”

Pioneering animator Candy Kugel will preview her new 22-minute animated short I, Candy during the event “An Evening with Candy Kugel” April 23 at the Museum of Modern Art in New York City.

In I, Candy (2018), the process of deconstructing a childhood drawing triggers the artist’s reflections on a personal history with anti-Semitism, political activism and life choices affected by luck and determination. Displaying an encyclopedic range of animation techniques with remarkable dexterity, I, Candy is a testament to Kugel’s pioneering 45-year career in the field.

Animation artist and historian John Canemaker will join Kugel after the screening to discuss her legacy as a woman artist in the traditionally male business of animation and answer questions from the audience.

Canemaker and Kugel will introduce and screen some of Kugel’s early work, including two shorts from NBC’s Weekend show, Fat Farm and Yearning to be Free; animation for MTV: Top of the Hour; Sesame Street clips Jake the Snake, Hip to Be a Square and Animal Elevators; Kugel’s first indie film, based on Saul Steinberg’s New Yorker cover, InBetweening America; and three other indie films: A Warm Reception in L.A., (it was…) Nothing At All and Fast Food Matador.