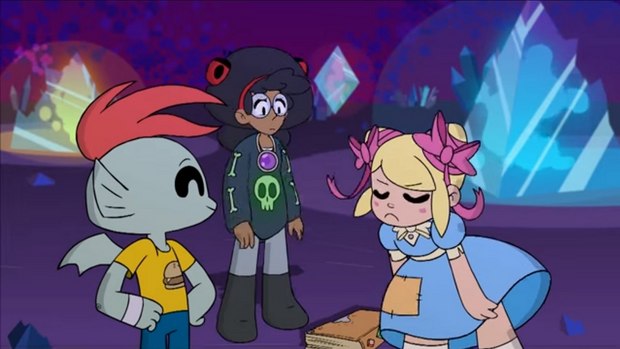 In advance of International Animation Day, Modern Prometheus production company released their debut animated short Welcome to Showside from Ian McGinty (Bravest Warriors). Welcome to Showside takes viewers on the adventures of Kit, a lovable kid with a monstrous secret. His dad is the Great Shadow King and he wants Kit to take over the family business of destroying the world. McGinty also serves as the showrunner and lead voice actor for the, all-ages, Welcome to Showside short, which co-stars the iconic Henry Rollins.

"It amazes me that people can finally see what I have been watching in my brain for so long,” says Ian McGinty. “The Welcome to Showside animated short takes place in the same world as the comic, but has new characters, like the giant flaming skull demon voiced by the super-awesome Henry Rollins. Everyone who has worked on Welcome to Showside behind the mic and behind the scenes has been amazing to work with.”

“We have been waiting to unveil our new creator-owned line of comics, and I’m thrilled that tomorrow Welcome to Showside #1 will finally be in the hands of readers everywhere,” commented Z2 Comics Co-Chair Josh Frankel.