Ten-minute computer animated short, centered on the story of a caterpillar named Boro, is being developed for screening at the Ghibli Museum in Tokyo.

Legendary anime director Hayao Miyazaki revealed that he has begun work on a new short film project at his Studio Ghibli in Tokyo, according to reports by Variety, The Hollywood Reporter and other trades.

Celebrated for his hand-drawn approach to film such as Spirited Away, winner of the 2003 best animation Oscar and Japan’s highest-grossing movie of all time, Miyazaki also confirmed rumors that he has begun experimenting with CG animation.

"I have just begun work on a new anime," Miyazaki announced at a press conference held at the studio on Monday, THR reports. “It's a wonderful project. I’m working with some of my usual staff, as well as some staff from the computer graphics world.”

The 10-minute computer animated short, centered on the story of a caterpillar named Boro, is being developed for screening at the Ghibli Museum in Tokyo. Miyazaki said his producer has predicted the film will take three years to complete, but the director added that he's working hard in hopes of finishing it sooner. 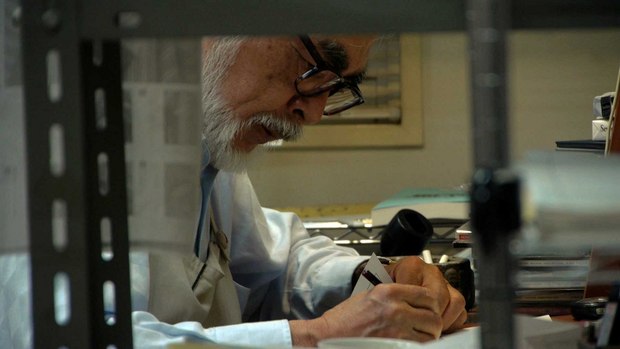 Hayao Miyazaki in his studio in Studio Ghibli documentary ‘The Kingdon of Dreams and Madness.’

Miyazaki, 74, has announced his retirement from feature film directing on several occasions, most recently after the completion of The Wind Rises in 2014. When asked about how he has been spending his time since “retirement,” the filmmaker said, “I'm still working very hard. The only difference is that I come to the studio 30 minutes later than I used to and go home 30 minutes earlier.”

The director also used the opportunity to denounce Japanese Prime Minister Shinzo Abe’s plans to expand the role of the Japanese military and urged the leader to make a clear and unambiguous apology for Japan's role in World War II.

“It must be made very clear that aggressive war was a complete mistake, and that we have deep regret for the great damage it caused the people of China,” Miyazaki said. “There are many people who want to forget this, but it is something that must never be forgotten.”