Check out the new spot that sees iconic Studio Ghibli characters journeying to the park on board a Cat Train. 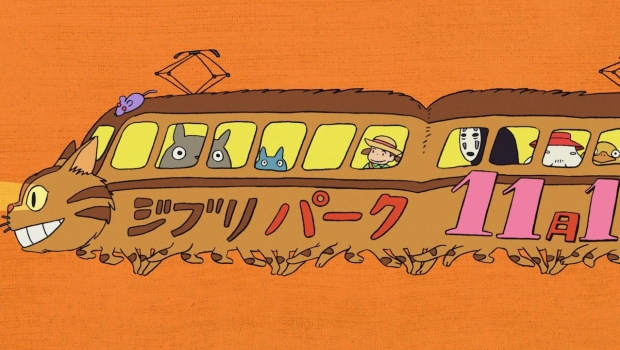 Ghibli Park - the amusement park rife with nature trails and themed areas devoted to the works of Studio Ghibli - has a new teaser trailer animated by none other than Hayao Miyazaki.

Narrated by Miyazaki’s long-time producer Toshio Suzuki with music composed by Joe Hisashi, the teaser asks people to “take their time coming” to the park. Iconic characters from My Neighbor Totoro, Spirited Away, and more are shown zipping to their destination on board a Cat Train -- a playful variation on Miyazaki’s Catbus, famously featured in My Neighbor Totoro.

Back in January, we learned that Ghibli Park would officially open its doors November 1, 2022. At that time, it was revealed that the park will feature five themed areas, with just one - based on My Neighbor Totoro - being accessible to the public upon opening. Sections based on Princess Mononoke, Kiki’s Delivery Service, and Howl’s Moving Castle will open in 2023.

In July, Studio Ghibli’s Twitter account shared a hi-res map of the park, which provided illustrated and photographic previews of its many hotspots, including a recreation of Satsuma and Mei’s house from My Neighbor Totoro.

A lottery for advance ticket sales for Ghibli Park will begin on August 10, with winners announced on September 2. General sales are set to start on September 10. Per Crunchyroll, “This will be the first phase of opening with Ghibli's Grand Warehouse area, the Hill of Youth, and the Dondoko Forest set to open on November 1 and the second phase, with the Valley of the Witches and Mononoke Village not yet dated.”