Mixtape Club Creates New Music Video for They Might Be Giants

‘Walkin' My Cat Named Dog’ marks Mixtape Club’s second collaboration with They Might Be Giants, including a suite of visual content for the band’s 2011 tour. 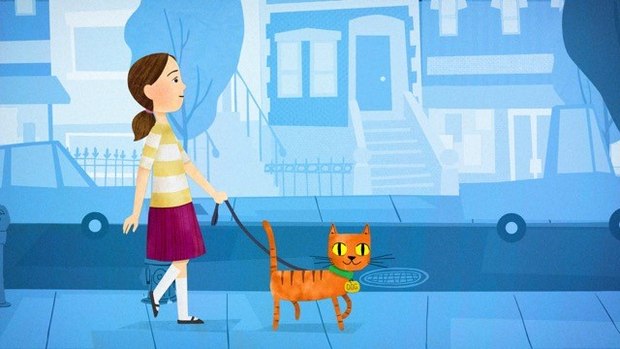 NEW YORK -- Integrated creative studio Mixtape Club recently produced the music video for “Walkin’ My Cat Named Dog,” this week’s post for They Might Be Giant’s year-long Dial-A-Song music project. The track will also be included on the band’s kids album which is looking at a fall release.

With a “cast” of Mixtape Club’s own pets, the video is a playful retro-styled animation that compliments the carefree summertime vibe of the song, originally recorded by Norma Tanega, which delighted the pop airwaves in 1966.

“The song itself has such an odd sweetness to it -- it was important to me that the video respected that,” remarks They Might Be Giant’s John Flansburgh. “What was great is how Mixtape Club brought new ideas and energy to the piece as well. Chris and his crew totally found the perfect balance with a storyline and a visual style that is both beautiful and constantly surprising."

“By switching the typical behaviors of our favorite pets, everyone can be in on the joke,” Smith explains. “The goal was to make a piece not just for kids, but for everybody, particularly animal lovers like us.”

"Walkin' My Cat Named Dog" marks Mixtape Club’s second collaboration with They Might Be Giants, including a suite of visual content for the band’s 2011 tour.

“As visual storytellers and musicians ourselves, we love working directly with bands and artists, especially longtime collaborators like They Might Be Giants," says Smith. “They're a great example and inspiration to all artists in the way they've continued to experiment and produce new material while sticking to their DIY roots.”