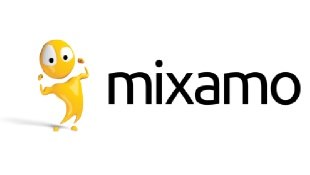 San Francisco, CA -- Mixamo announced that it has launched a brand new pricing strategy geared to meet the needs of animators and studios at every level. The new strategy includes more affordable pay-per-use pricing for Mixamo’s services, as well as three cost-effective and flexible pricing tiers, called “Starter,” “Indie” and “All Access.” The new pricing, already in effect, can be viewed on the Mixamo pricing page.

“Our mission is to democratize 3D character creation by making it more accessible to artists at every skill level. However, our community kept giving us feedback that our pricing wasn’t as accessible as our technology,” said Stefano Corazza, CEO of Mixamo. “So we embarked on a months-long pricing analysis and polled over ten thousand customers. The result is a new pricing strategy that is far more flexible and provides pricing levels that meet the needs of our growing and diverse user base.”

In addition to paying for Mixamo’s services on a “pay-per-use” basis, the new pricing strategy consists of three main pricing tiers.

Mixamo’s animation service is designed to save animators time and money by making it easier to model, rig and animate 3D characters. The new pricing adds even more savings into the process. While exact savings may differ depending on the complexity of a given project, animators can expect to save hours in rigging alone using the Auto Rigger, and even more time using Mixamo’s easy-to-use character creator software Fuse and/or its pre-made animations. Even advanced animators using Autodesk Maya or 3ds Max can import their models into Mixamo’s auto-rigger and apply animations in a matter of minutes, rather than hours or even days.

The new pricing is available to anyone who signs up for a Mixamo account and is now available. Users can stop and start monthly payments at will, depending on the length of given projects.