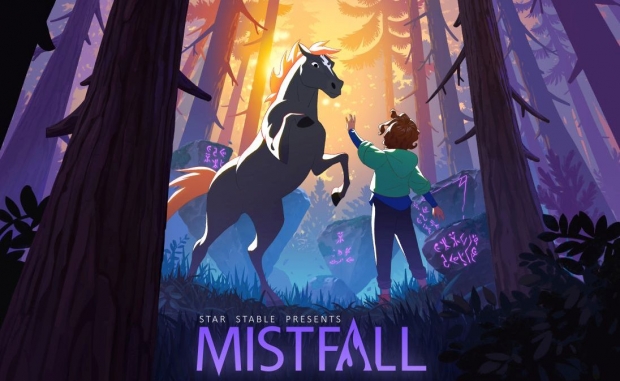 Ferly and Star Stable Entertainment have unveiled their co-production and development partnership on an animated short-form series Mistfall (10x5min). Written by award-winning writer and showrunner Alice Prodanou (Hotel Transylvania, Inspector Gadget, 6teen, and My Babysitter’s a Vampire), the series introduces a new heroine, Skye Rowan, to the Mistfall universe.

Debuting on YouTube in December 2020, the project sees the Misfit brand extend from its origins as a popular online game into a scripted online animated series. Featuring all-new storylines, the series’ narrative and characters run parallel to those in the original game.

In addition to series production and development, Star Stable Entertainment has partnered with Ferly for all licensing and branding. This first Mistfall series will lead to further scripted content in the franchise, including a long-form series which is also currently in development. While focusing on engaging Star Stable Online’s millions of loyal fans, the series gives a new way to interact with the brand whilst also attracting new audiences to the iconic world.

“The deep lore and expansive universe of Mistfall means there is huge scope for making wonderful stories and entire new worlds for players of the game to immerse themselves in, as well as new fans,” commented Ferly CEO, Laura Nevanlinna. “Star Stable Entertainment has nurtured an incredibly engaged audience of young people, a notoriously difficult demographic to capture the attention of. The room for further brand extensions including a future long-form series to build an even wider audience and serve the loyal fan base with more of what they love makes this a brilliant enterprise to partner on.”

“Skye’s adventures in Mistfall fill a void in animated content that appeals to today’s multi-dimensional tween and teen girl,” added Taina Malén, Star Stable Entertainment’s chief business development officer. “Along with the animation and licensing expertise of the team at Ferly and the writing prowess of Prodanou – Mistfall will deliver a series that young people will want to watch again and again.”