Emmy-winning ‘Rick and Morty’ scribe Jessica Gao has signed on as writer and developer for Marvel TV’s ‘She-Hulk,’ reportedly set to stream in 2020. 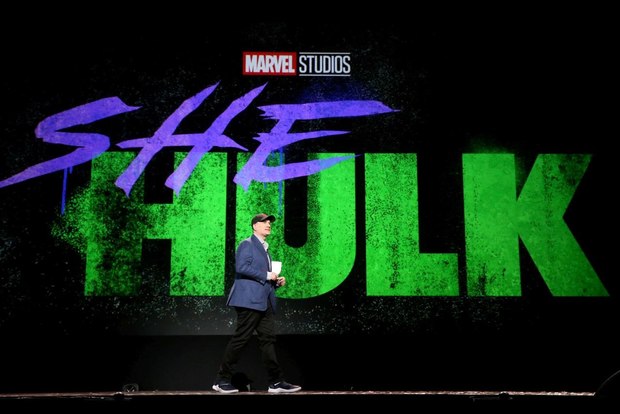 Shut up and take our money! As we learned at D23 Expo earlier this year, Marvel Studios will be releasing multiple TV shows on Disney+, based on new and already beloved MCU characters, starting Fall 2020. We’ll be greeting old friends in The Falcon and the Winter Soldier, WandaVision, and Loki, while meeting new ones in She-Hulk, Ms. Marvel, and Moon Night. Marvel president Kevin Feige has stated that the new characters introduced on Marvel TV will also influence and appear in future MCU movies.

We are especially excited about the introduction of Jennifer Walters, or She-Hulk, who is rumored to appear in Spider Man 3 as Peter Parker’s superhuman attorney. For those living under a rock that hasn’t been Hulk-smashed yet, Walters is Bruce Banner’s cousin, a sarcastic and sassy attorney who gains Hulk powers after receiving a life-saving transfusion of Banner’s blood. Walters, unlike Banner, can shift forms at will and fully maintain her intelligence and personality after “Hulking out.” She-Hulk originally debuted in the 1980s and was one of the last major characters gifted to us by the almighty and everlasting Stan Lee.

Perhaps more exciting than the introduction of She-Hulk is the news that the show will be written and developed by none other than Miss Pickle Rick herself, Jessica Gao (Silicon Valley, Lazy Rich Asians). No one could be better suited to pen the beloved sarcastic and fourth-wall breaking Shulkie than the woman who won an Emmy for one of the funniest Rick and Morty episodes ever created. This was a victory for Gao, who tweeted, "I’ve been chasing She-Hulk for SO long. This is the definition of a dream come true." As for who will play the 7-foot tall glass of green water, reports point to Rebecca Ferguson (Dr. Sleep, The Greatest Showman) as a possible contender.

No She-Hulk production or premiere info has been announced, but since Disney+ just launched on November 12th, we have quite a bit to distract us in the meantime.