Come take a peek through the wall with a screening of animated short films from Central and Eastern Europe reflecting on the year 1989 - the end of an era. 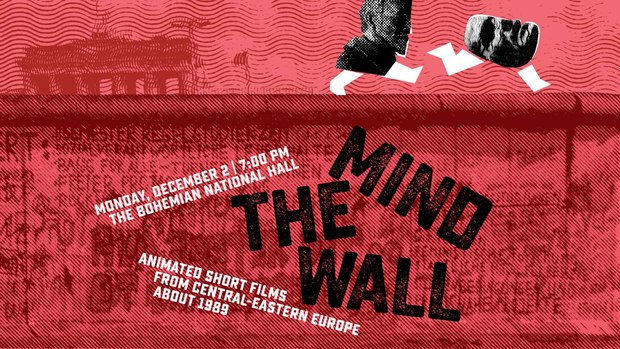 In celebration of the 30th anniversary of the fall of the Iron curtain, Animated Spirits Film Festival and the Central Eastern European cultural centers in New York, have announced the animated short film screening “Mind the Wall!” at the Bohemian National Hall on December 2 at 7 pm. The program represents a hand-picked selection of top-shelf auteur animated short films, made in the time of or about the collapse of the Iron Curtain and the Berlin Wall - marking the end of an era.

The program is being presented in collaboration with Balassi Institute - Hungarian Cultural Center in New York, Czech Center New York, the Consulate General of Slovak Republic in New York, and the Polish Cultural Institute New York. The program is curated by Anna Ida Orosz, Budapest based animation historian, festival programmer, and curator and will be introduced by Eszter Polonyi, visiting assistant professor in the history of art and design of the Pratt Institute.

The former Soviet satellite countries in Central-Eastern Europe like Poland, Hungary, and Czecho-Slovakia – today known as the Visegrad Group, or V4 – were leaders of independent animation before 1989. The animated short films made in these countries depicted political and social anomalies that were leading to the fall of communism. The work addressed complex and political problems in a manner that avoided direct censorship. The films were characterized by subtext, encouraging the audience to read “between the lines.” They evoked the age of ‘glasnost’ laying the way for the change of regime, when openness and transparency became more vocal.

In bitingly humorous satires like Scones and Easter Greetings, grim messages are concealed by the comic form of expression. Films like Mind the Steps! or The Race put individuals in seemingly everyday situations that ultimately become symbols of some politically and socially charged universal phenomena. Although these films were made in 1989, when the wall came down, they are not optimistic. Continued disillusionment and distrust of social ideologies appear in the whimsical, darkly comic narratives of The Death of Stalinism in Bohemia by the Czech surrealist filmmaker, Jan Svankmajer.

The wall which has remained a symbol of a bipolar world order which still describes everyday experiences in Central-East Europe. The political potential of animated films is still important for animators who have claimed a place for short animated films in the world of animation during the last 30 years. The allegorical puppet-film In the Box drew on the tradition of the abstract and minimalistic language of animation, while political fairy tales by female directors like Esterhazy and Untravel enrich the anthology of claymation with their realism. The program is free and open to the public. Seats are limited, on first-come, first-served basis. Online registration is available here.