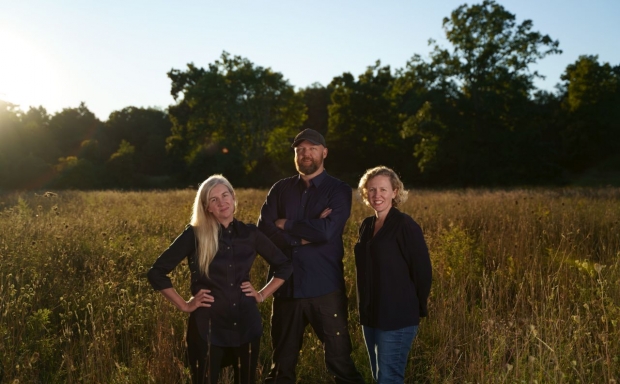 Angus Kneale, former chief creative officer and co-founder of The Mill New York, has announced the launch of Preymaker, a collective of creatives, technologists, and producers. Utilizing an advanced custom cloud-based platform created in collaboration with Amazon Web Services (AWS), the collective will innovate and create content for leading brands. Additional partners in the new venture include Melanie Wickham and Verity Grantham, also former executives at The Mill New York.

“We love what we do,” commented Kneale. “Mel, Verity and I built The Mill for many years, and are proud to have had a hand in its legacy of work, caliber of artists and producers and the creative culture that inspired and supported them. We’re continuing that spirit of innovation and pushing beyond at Preymaker with our focus on creativity, technology and people. We create exceptional content for brands with a team of talented artists, producers, and technologists, who have the ability to collaborate globally & entirely in the cloud. Preymaker is one of the first content makers that is 100% cloud native. This paradigm shift enables the team to leverage the latest in technology at scale and the instant it is available. This allows constant experimentation and innovation which is at the heart of Preymaker’s creativity. Our mission is to create exceptional work with our clients and partners.”

Kneale co-founded The Mill in the U.S., transforming it from a London-based boutique to a multi-national creative juggernaut. He was instrumental in creating breakthrough IP such as The Blackbird (a Cannes Innovation Gold Lion winner), a unique vehicle for automotive commercial and film shoots that can create photoreal, computer generated cars of any make or model. He and his team brought Mascot to market (an Adweek Project Isaac Award winner), a proprietary real-time animation system that enables CGI characters to be performed and animated live using a combination of Unreal game-engine technology and motion sensors.

He also directed PETA’s Cannes Gold award-winning 98% Human spot that condemns the entertainment industry for its abuse of animals and advocates the alternative potential of using lifelike computer-generated creatures. The spot and its recognition paved the way for films such as The Jungle Book and The Lion King. Most recently Kneale has been working with researchers teams utilizing computer vision and machine learning to create and develop next-generation systems for advertising, film, and media.

“I’ve been working with Angus on and off for over 20 years, and he never ceases to amaze me,” noted Wickham. “I’m proud to be launching Preymaker with Angus and Verity, who are the best in the business with impeccable reputations. Preymaker is an amazing opportunity to create a community where there are no boundaries. It’s something that extends to projects of varied media and disciplines we undertake, aspirations of our team and expectations of our clients.”

Over the past twenty years Wickman has held senior production roles at awarding-winning creative studios including The Mill, Absolute Post, and Animal Logic.

“This is the right time for the Preymaker vision,” remarked Grantham. “Our virtual, cloud-based capabilities, which we began to develop well before the pandemic shut everything down, are serving us and our clients extremely well. Technology married strategically and imaginatively to creative is the way forward. We had a jump start on it, and we’re now perfecting it. This is what drives us at Preymaker, and it’s key to success for us and our clients.”

While the company’s custom cloud-based platform employs advanced new technology, Preymaker has simplified the process for clients for ease of use and accessibility. The company has kicked off its first projects collaborating with McCann, BBDO, 72andSunny and Johannes Leonardo, and directors Peter Thwaites, Daniel Wolfe, Lance Accord and David Gordon Green.

Preymaker’s official home is in New York City, at a state-of-the-art production studio in SoHo. The studio is a central hub and nexus for a growing staff who work both remotely and on-premises.