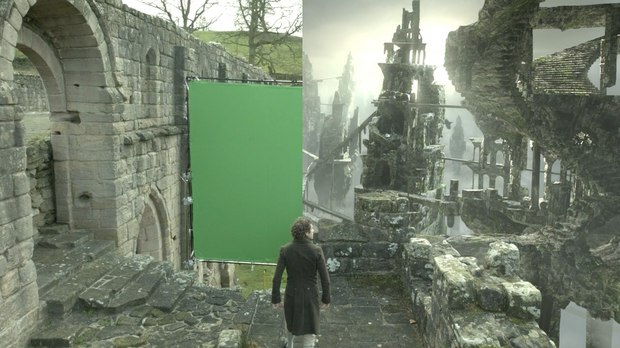 Milk has won a BAFTA Television Craft Award each year since the studio’s 2013 launch -receiving the award in 2014 and 2015 for Doctor Who.

Milk created over 1000 VFX shots for Jonathan Strange & Mr Norrell to support the epic tale of the return of magic to Georgian England. Working closely with director Toby Haynes, Milk designed bespoke, standalone VFX sequences for each of the seven, hour-long episodes, creating a magical realism to fit the tone of a fantastical world set in a real historical period.

Milk’s CEO Will Cohen commented, “We are honoured to have our work recognized by the British Academy for the third year in a row. It’s a fairy-tale ending to our third year in business and testament to the hard work and dedication of our talented team.”

Milk opened for business almost three years ago and has in that time has created a range of visual effects for TV and films including Sherlock, Doctor Who, Thunderbirds Are Go, Beowulf, 24: Live Another Day, David Attenborough’s Natural History Museum Alive 3D; and High Rise, Ex-Machina, The Martian, Everest, The Divergent Series: Insurgent, Brett Ratner’s Hercules, Dracula Untold, and 47 Ronin.

Milk is currently in production on Ben Wheatley’s feature film Free Fire, Warner’s Fantastic Beasts And Where To Find Them and Hartswood’s Sherlock series 4, BBC 3’s Class and ITV’s Victoria and a second series of Thunderbirds (ITV) for television.