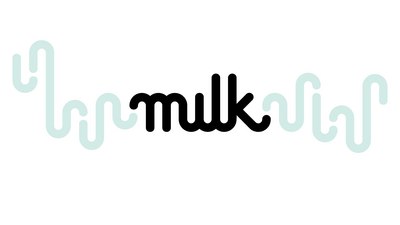 LONDON -- BAFTA-winning London-headquartered VFX house Milk is opening a second studio in Cardiff, Wales to support its expanding roster of TV and feature film projects. Milk joins the emerging infrastructure for the creative industries in Cardiff supported by the Welsh Government.

Milk’s new studio is located at the GloWorks building in Cardiff Bay -- the Welsh Government’s flagship center for creative industries. Milk will open at the end of April with 20 artist seats and will begin work immediately on projects including the forthcoming ninth series of the BBC’s Doctor Who and Hartswood/BBC’s Sherlock Christmas Special 2015 episode. The new studio will share seamless communications and workflow with Milk’s London office via Sohonet.

Milk has appointed experienced VFX Supervisor Sue Land to manage the new studio. Sue will report to Will Cohen, Milk’s CEO and Executive Producer. Milk has already recruited a number of key crew locally and will work closely with the Welsh Government and Creative Skillset to maximise opportunities to hire and train local talent as the studio grows.

Milk has received the support of the Welsh Government as part of its programme to foster the creative industries in Wales.

“A Cardiff hub for Milk is perfect to support our growing roster of work, build on our long-term relationship with BBC Wales and allow new clients to collaborate with Milk,” Cohen said. “The timing is right with connectivity now provided by Sohonet, the opening of Pinewood and the new opportunities presented by the Welsh Government. We’re excited to be able to join in with the emerging infrastructure for creative business in Wales.”

“I am delighted to welcome Milk VFX to GloWorks. Their arrival now means the building is fully let and their decision to open their second studio in Cardiff is testimony to Wales’ growing reputation as a great location for the film and television industry,” said Welsh Economy Minister Edwina Hart. “GloWorks is designed to support the sustainable growth of the Creative Industries sector by providing a collaborative environment for a thriving cluster of creative companies. It is therefore very pleasing to see the building full to capacity with firms that are employing local people and making an important contribution to the sector and the wider Welsh economy.”