London visual effects house partners with ITV Studios for the CG-animated reimagining of the beloved ‘Thunderbirds’ series set to premiere this spring. 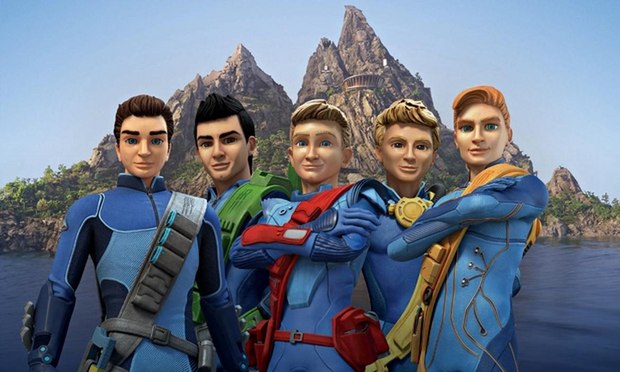 London, UK -- London visual effects house Milk is working with ITV Studios as the creative and collaborative VFX production hub for the hotly anticipated reimagining of Thunderbirds – Thunderbirds are Go. The 26 x 30’ series is set to premiere on CITV and internationally this Spring.

In order to manage 400 shots per episode over an eighteen-month period, Milk has created a bespoke pipeline for every Thunderbirds are Go shot to composite each shot together and to create and apply the signature finished look with 2D effects. Even live-action plates with no CG are given treatment by Milk to ensure complete continuity of style throughout.

Milk has also developed and created key environments integral to the story including underwater, space and storm scenes and created the lighting for the CG Thunderbirds vehicles.

Milk is working closely with Series Director David Scott to achieve the iconic look of the new series in every shot - to bring a filmic feel with heavy grain and shallow depth of field. Milk’s brief was to create the illusion that the CG is indistinguishable from live action; keeping a strong visual link to the classic series yet imparting a digital feel.

Will Cohen, Milk’s CEO and Executive Producer said, “The challenge of pulling together a vast amount of data on an international scale, within a tight schedule called for a unique workflow solution. In collaborating with everyone involved we have been able to make that happen. We are proud to have contributed to this iconic TV event by coming up with a filmic look and treatment for the series.”

Milk is currently working on TV projects including new drama Jonathan Strange & Mr Norrell (7 x 60’) due to debut on BBC One in the UK in 2015 and the forthcoming Hartswood/BBC Sherlock Christmas special 2015 episode. On the feature film side, Milk is working on director Ben Wheatley’s High-Rise (Recorded Picture Company) and has just completed work on action sci-fi feature The Divergent Series: Insurgent for Summit Entertainment (Lionsgate).