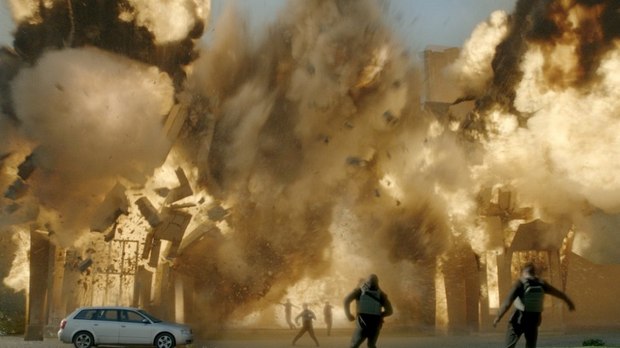 London -- BAFTA award-winning independent London VFX house Milk is creating the visual effects for Fox’s TV action-thriller, 24: Live Another Day -- part of its expanding roster of TV and feature projects -- as it celebrates its debut year in business.

Milk is working with Fox as the lead VFX studio on 24: Live Another Day -- currently airing on Sky 1 in the UK and around the world -- to create a mix of CG and effects work for the heart-stopping series. In addition to the typical action-packed 24 repertoire of explosions, Milk has so far created the CG drones that chase Jack Bauer through London; blood enhancement; effects work including CG water, fire and smoke; explosions; and a range of effects to be revealed in upcoming episodes.

Set and shot in London, the 12 x 60’ event series 24: Live another Day follows the dramatic exploits of heroic agent Jack Bauer (Kiefer Sutherland). It is the first US drama to shoot in the UK following the implementation of the high-end TV tax incentive in April 2013.

Will Cohen, CEO and Founder of Milk VFX said, “We were extremely excited to be asked to be part of a UK 24. Working on a high-profile television show that is chasing transmission is always a challenge but Milk is well set up in terms of technical pipeline and experienced key crew to be able to turn around VFX shots very quickly, at a high standard.”

Milk is currently in production on the forthcoming eighth series of Doctor Who featuring Peter Capaldi for the BBC and the new TV drama Jonathan Strange & Mr Norrell a seven part mini-series (7 x 60’) due to be broadcast on BBC One in the UK in 2015.

On the feature film side, Milk is completing work on Paramount Pictures and Metro-Goldwyn-Mayer Pictures’ Hercules for director Brett Ratner. Milk is also creating a mix of CG and effects work for Alex Garland and DNA Films forthcoming sci-fi thriller Ex-Machina which was shot in Norway and in the UK and is currently in post production.

Milk recently won a British Academy Television Craft Award for its visual effects work on the BBC’s Doctor Who 50th anniversary special, "The Day of the Doctor."