Milk CEO Will Cohen Stepping Down

After 8 years at the helm, VFX studio’s co-founder is leaving to explore new opportunities; will continue in role through Q1 2022 to ensure smooth transition. 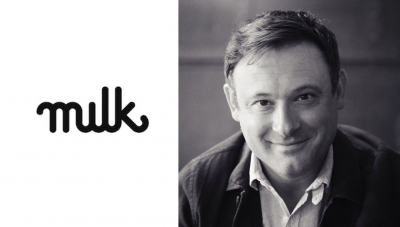 VFX studio Milk CEO and co-founder, Will Cohen, is stepping down after eight years to explore new opportunities. He will continue to work with the Board and senior team in the first quarter of 2022 on important strategic and commercial projects and to ensure a smooth transition. Following that, he will be involved as a shareholder and non-executive board director.

Cohen co-founded the VFX studio in 2013, leading a small team that went on to win three consecutive BAFTA Awards in the first three years of operations, in addition to an Emmy for the BBC/Hartswood’s Sherlock. In 2016, co-founder Sara Bennett become the first woman in 20 years to win an Oscar for VFX.

While serving at Mill Film and TV for the VFX in the BBC’s revival of Doctor Who with Russell T Davies, Cohen nurtured a relationship with Steven Moffat and team, leading Milk to go on to create the BAFTA-winning VFX for the Doctor Who 50th anniversary episode. Cohen executive produced the BAFTA-winning VFX for episodic series Jonathan Strange and Mr Norrell and brought BBC/Amazon’s acclaimed Good Omens to Milk, which earned the team a BAFTA nomination in 2020.

“I’m incredibly proud of Milk and the creative success we’ve achieved over the last eight years,” shared Cohen. “With the confirmed slate we have for 2022 and the quality of the team we’ve been building it feels like the right moment to step forward into a new adventure.”

“Milk has always been about creating great work with people we love and it's an honor for me to continue to be involved as a shareholder and in an advisory role as a non-executive board director,” he continued. “I am excited about the opportunities in store in 2022 for all of us!”

“Will is passionate about the people, the work and the VFX industry and possesses a rare combination of creative and commercial flair,” commented Milk VFX executive chairman, Jag Mundi. “We would like to thank Will for his extraordinary passion and commitment to Milk. We are delighted he is going to continue to work with us all and that we can draw on his energy, expertise and experience as we build the business creatively and commercially into the future.”

During 2021, Milk built a strong platform for growth with 2022 set to be the company’s busiest year. The company’s roster of work for major studios and production companies including Amazon, Netflix, Apple TV, Sony, the BBC, Left Bank and Working Title. The company has been strengthening its team with senior hires such as Michelle Martin (chief business development officer), Andy Morley and Oliver Cubbage (VFX/CG supervisors).