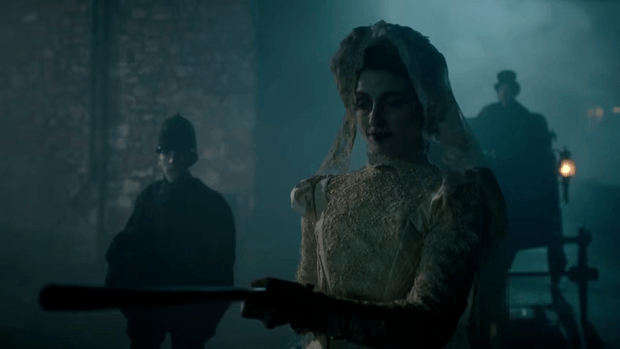 Milk’s work on Sherlock was recognized by the Television Academy for outstanding special and visual effects in a supporting role in ninety-minute Sherlock special episode “The Abominable Bride” alongside special effects company Real SFX.

Milk created over 100 VFX shots for “Sherlock: The Abominable Bride” working closely with Hartswood Films’ creative team, producer Sue Vertue, executive producer and writer Mark Gattis, writer, Steven Moffat and director Douglas McKinnon’s to support their vision for the special episode which is set in both Victorian London and the present day. Milk’s work included enhancing and perfecting Victorian London, Sherlock’s cliff top scene at the Reichenbach Falls and the ‘freeze frame’ sequence in which Sherlock enters his mind palace to dissect a shooting.

“We are honored and humbled to have our television and film work recognized right across the 2016 awards season with an Oscar, a BAFTA and now an Emmy Award! It’s a truly amazing way to begin our fourth year in business and testament to the hard work and dedication of our talented team at Milk,” commented Milk’s CEO Will Cohen. “We are very lucky indeed to be involved in such a brilliant TV series and proud to be recognized as part of the incredible, talented Sherlock production team. The success of Sherlock is testament to the skill and artistry of Sue Vertue, Steven Moffat Mark Gattis, Benedict Cumberbatch, Martin Freeman, Arwel Wyn Jones and Douglas Mackinnon.”

Sherlock, “The Abominable Bride” aired on television and cinemas worldwide on New Year’s Day 2016 including PBS Masterpiece in the USA and BBC One in the UK. Set in 1895 in Victorian London, Sherlock and Watson try to crack an unsolved case.

Milk’s work on Sherlock has also received a nomination for 2016 BAFTA CYMRU Awards. Milk co-founder Sara Bennett’s work was also recognized with an Oscar for Best Visual Effects at this year’s 88th Academy Awards when she became the second female ever to win an Academy Award for visual effects.