The ‘Family Guy’ and ‘That 70’s Show’ actress’ unique new show about weed smokin’ felines features the voice talent of Seth MacFarlane, Ashton Kutcher, Jane Fonda and Chris Rock… and it's already made a ton of kaysh! 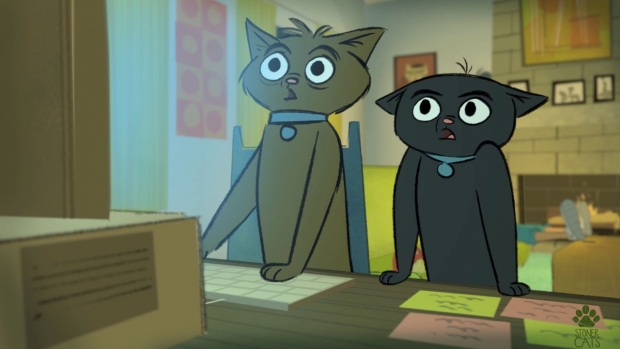 What’s the kitty been smoking? Fan favorite actress Mila Kunis (That 70’s Show, Family Guy, Bad Moms) has released the new animated series Stoner Cats, by far the highlight of this past month. Kunis teamed with Chris Cartagena (The Grinch), Sarah Cole (Spider-Man: Into the Spider-Verse), and Ash Brannon (Toy Story 2) under the Orchard Farm Productions banner to create the show, which features (surprise, surprise) a bunch of weed smokin’ felines. Each episode is slated to run 5-7 minutes.

Interestingly, the first episode of the series was released as 10,420 NFTs on July 28th, which sold out within 30 minutes. Each episode was sold for .35 ETH, or approximately $8 million in cold hard American dollars. While NFTs are still new, strange, and misunderstood by many, there is a huge market for those wanting to own a piece of entertainment history.

The experimental series’ Manifesto explains, “At Stoner Cats we believe that storytellers deserve an outlet where they can be valued and supported without having to bow to the machine of big media. So we’re tilting the model on its head and testing a new architecture using NFTs that can connect storytellers directly with their audience and essentially decentralize content production.”

How can you watch the show if you don’t own a NFT TOKEn (nice)? That answer is a bit hazy. It currently seems that only owners can watch the exclusive content.  Hopefully that changes soon because we’d really like to watch the fuzzy shenanigans. Either way, the series begs the question: is this the future of entertainment?