‘The Mitchells vs. The Machines’ writer/director says he was ‘terrified’ of making his first feature, and writing these creative rules helped bring his vision into focus. 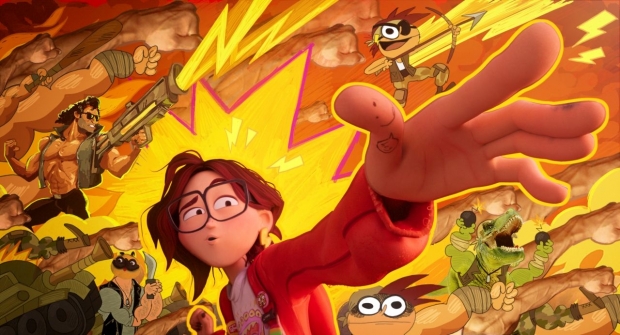 Even if The Mitchells vs. The Machines isn’t literally “the greatest animated movie of all time,” writer-director Mike Rianda’s debut feature has absolutely earned its place among the finest films in the medium since its release last spring. And now, filmmakers and fans can read the “manifesto” of sorts that he created to guide him through its production.

Back in 2015, Rianda decided it would be best if he had a strict set of dos and don’ts and a guiding philosophy to follow while working on his animated sci-fi comedy. Yesterday, he happened to dig up this crinkled document and share it via his Twitter account.

I found this wild "Manifesto" I wrote for #TheMitchellsVsTheMachines in 2015.

This is the kind of dumb stuff I wrote because I was TERRIFIED making my first movie.

Some of these we *almost* pulled off? Others we did not- like having robots kill people on screen. Lol. pic.twitter.com/SYVS0pUYJs

“This is the kind of dumb stuff I wrote because I was terrified [of] making my first movie,” Rianda says. “I remember spending a whole day making this and was too busy and/or embarrassed to pass it out to the team. I talked about this stuff constantly to anyone who would listen, though.”

Rianda begins his manifesto by likening it to the rules that Pixar followed when making Toy Story, and to the renowned Dogme 95 movement sparked by Lars von Trier and Thomas Vinterberg. “That sounds absurdly over-the-top - hahaha - but why not try?!,” he asks rhetorically before setting forth his guidelines.

Here are six rules from Rianda's manifesto for making an animated movie “thrillingly unique and amazing”: